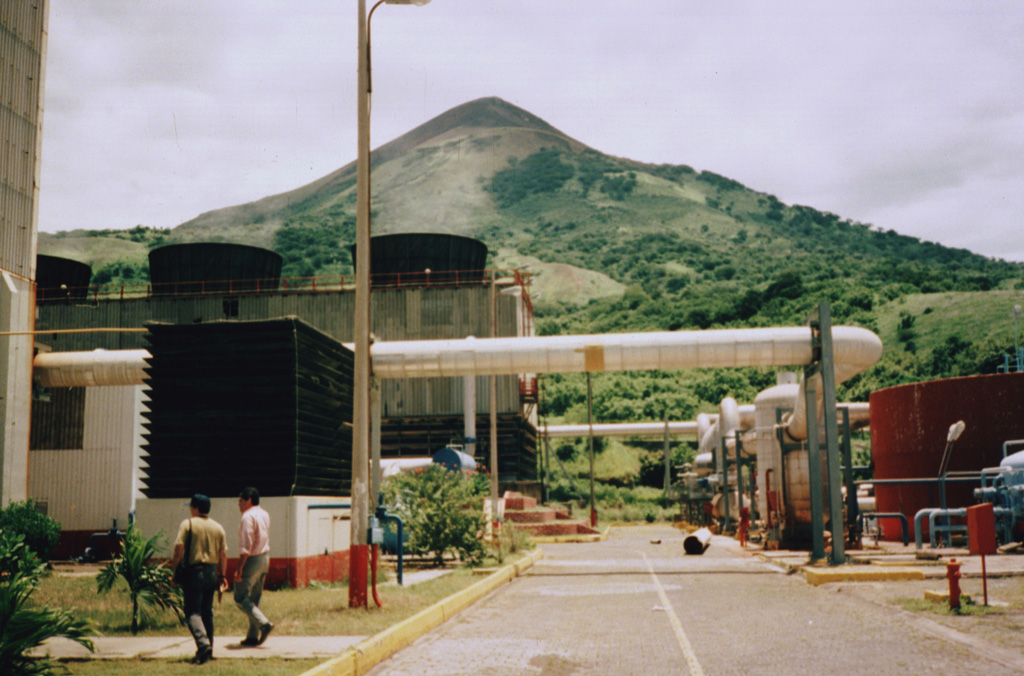 The Momotombo geothermal area, located near the shores of Lake Managua at the southern foot of the volcano, was identified and studied starting in the late 1960s. The first four wells were drilled in the early 1970s, culminating with the installation of a 35 MWe unit in 1983. Six years later, a second unit of 35 MWe went on line. After a period of declining output in the 1980s and 1990s due to overexploitation and lack of reinjection, the power output at Momotombo was restored to about 35 MWe by 2002.