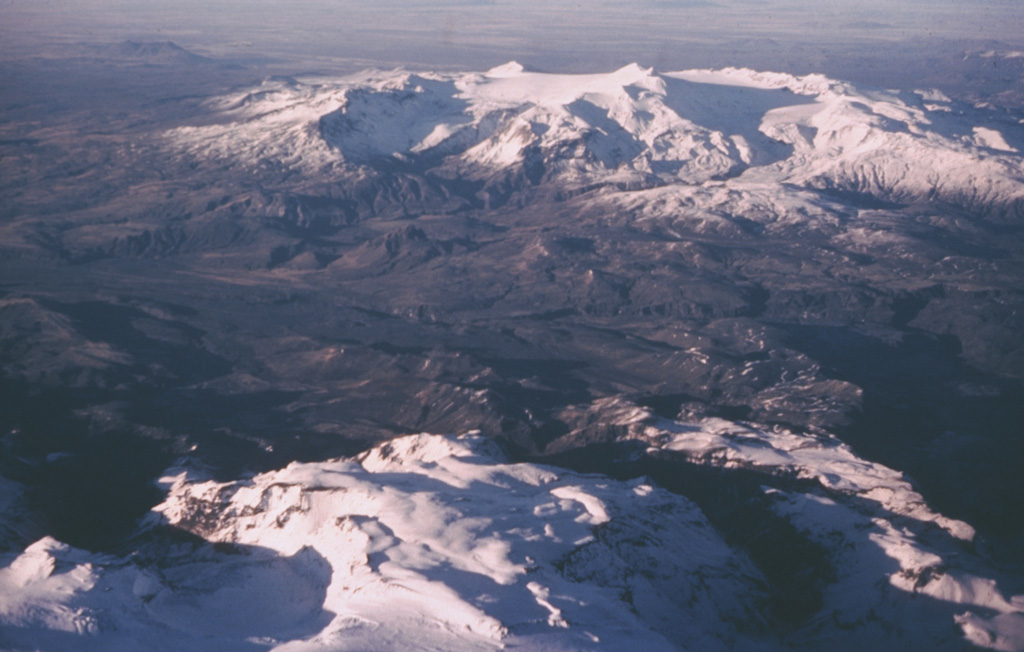 The broad massif of Tindfjallajökull is seen here from the ESE looking into the open 5 x 7 km summit caldera, with a rugged two-peaked rhyolitic dome in the center. The NW rim of the caldera is overtopped by the Tindfjallajökull icecap, which forms the smooth flat surface at the summit. Several small effusive eruptions occurred at the beginning of the Holocene. 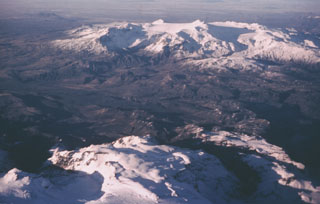