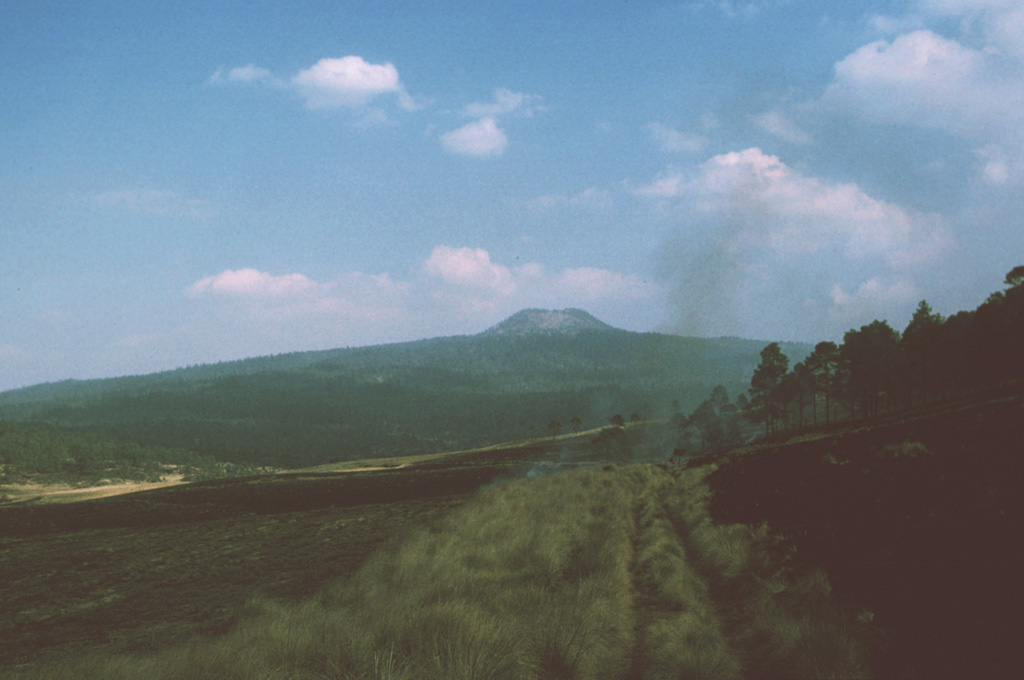 A symmetrical cone is located on Volcán Pelado, a small shield volcano about 10 km south of Xitle volcano. Pyroclastic flows accompanied the formation of the cone. Pelado and the Xitle cone, which erupted about 1,670 years ago, are among the many Holocene vents of the Chichinautzin volcanic field. Both eruptions affected nearby settlements.