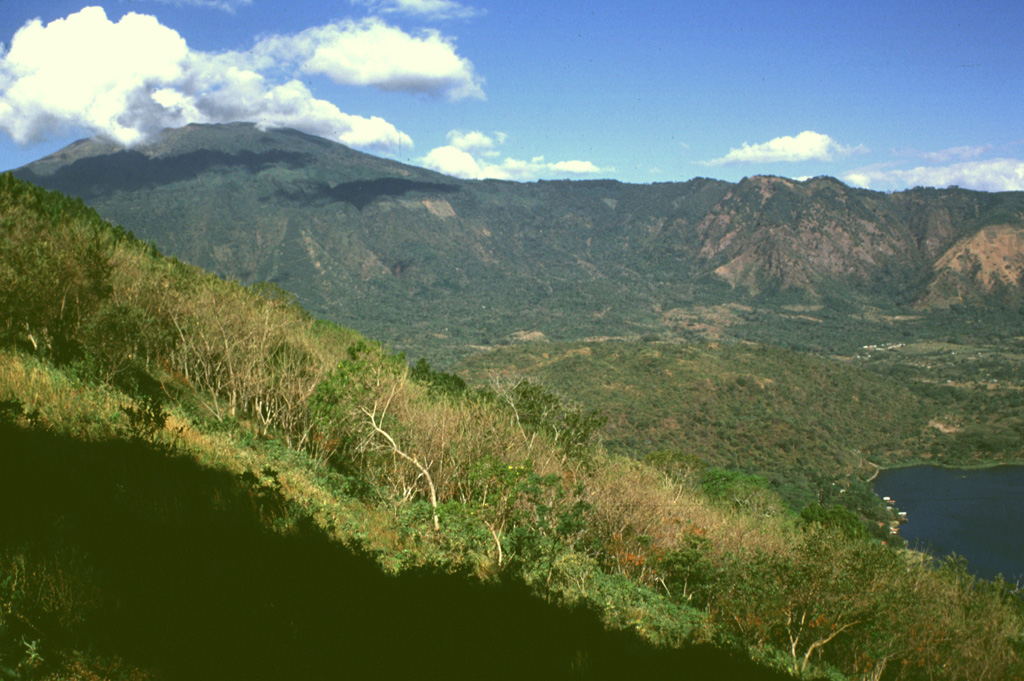 Santa Ana volcano is seen here from the east on the rim of Coatepeque caldera. The eastern rim of Santa Ana's summit crater was breached and produced the gently sloping deposits extending towards the caldera lake at the lower right. The NW wall of the caldera in the background cuts into the flanks of Santa Ana volcano to a level about 800 m above the lake surface (lower right). This SW part of Coatepeque caldera was formed about 57,000 years ago during the eruption of about 16 cu km of rhyolitic pumice-fall and pyroclastic-flow deposits.