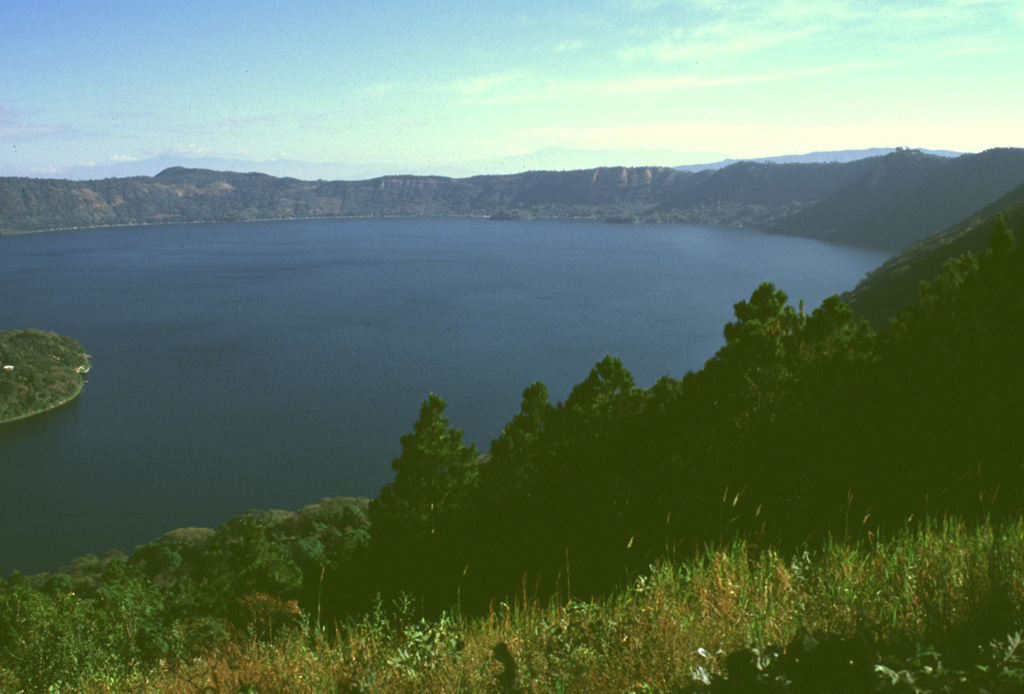 Lago de Coatepeque fills much of the eastern part of Coatepeque caldera. The NE part of the caldera (seen here from the southern caldera rim) was formed following the eruption of 40 cu km of rhyolitic pumice-fall and pyroclastic-flow deposits about 72,000 years ago. The northern caldera rim in the distance rises about 250 m above the lake, which has a maximum depth of about 120 m. Hot springs are located at several points along the shore of the lake near a group of post-caldera lava domes.