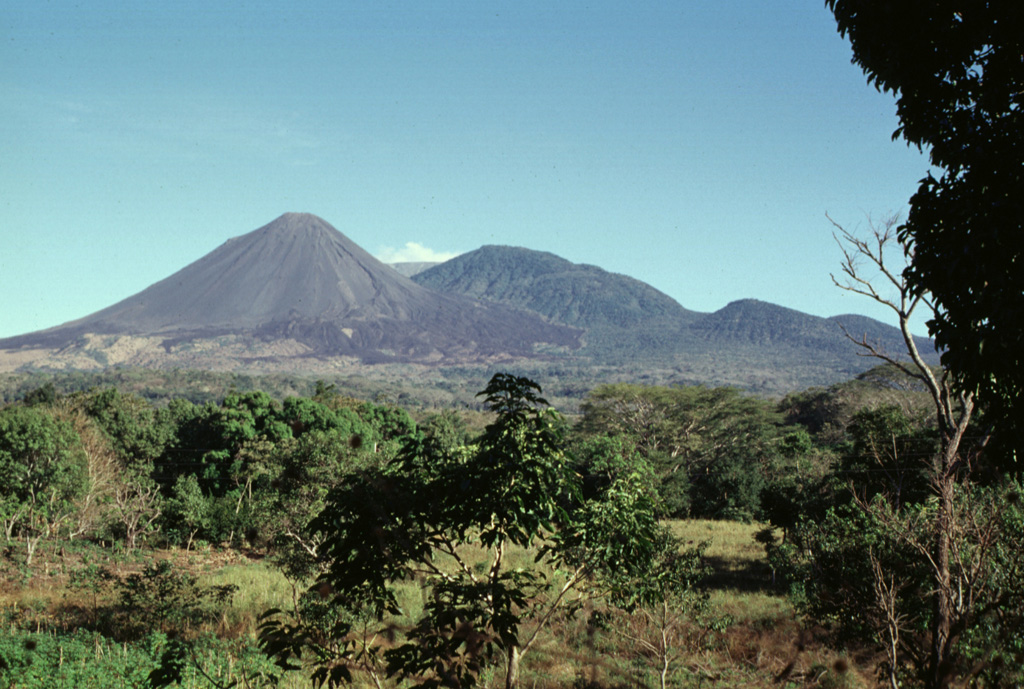 Izalco has been one of El Salvador's most active volcanoes during historical time. More than 50 eruptions took place since it began to erupt in 1770, many lasting several years to about a decade in duration. Eruptions took place both from the summit craters and from flank vents. Unvegetated lava flows are seen here on the SE flank below Cerro Verde (center) and El Conejal and El Astillero (right).