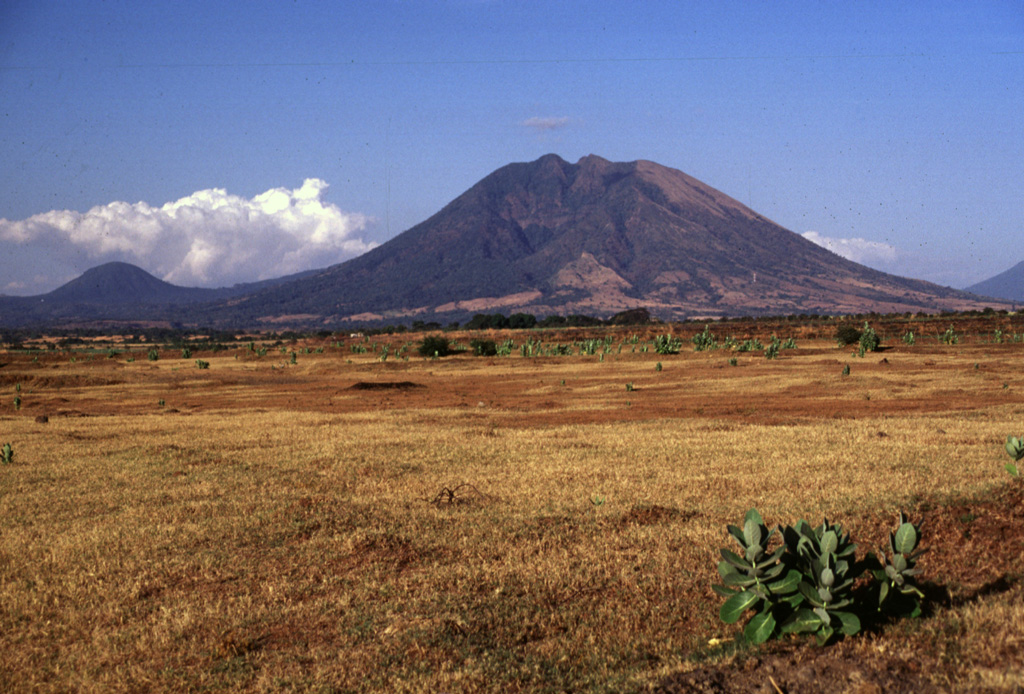 Usulután rises above the Pacific coastal plain at the SE end of a cluster of volcanoes between San Vicente and San Miguel. Several valleys have formed on the flanks of, including the one seen in this view of the SW flank. The rounded peak to the left is Cerro Oromontique on the flank of El Tigre volcano. 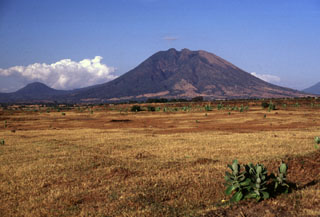