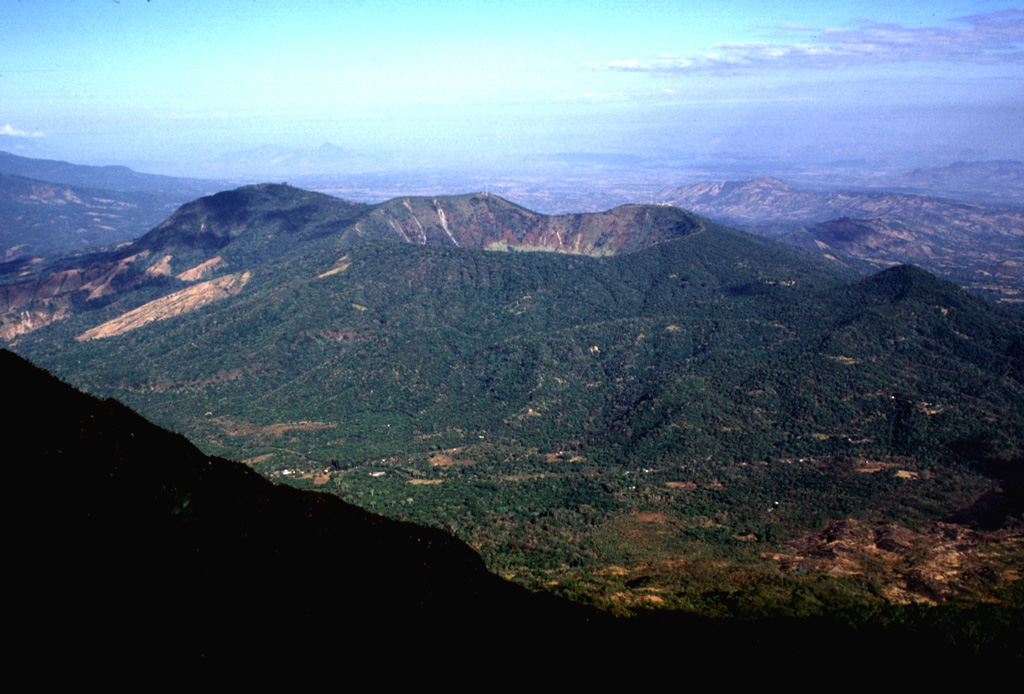 Chinameca stratovolcano is seen here from the SE near the summit of neighboring San Miguel volcano. A 2-km-wide, steep-sided caldera, Laguna Seca el Pacayal (right-center), truncates the summit of Chinameca volcano. The Holocene cone of Cerro el Limbo (in the partial shade left of the caldera) on the western flank rises to a point above the level of the caldera rim. A group of fumarole fields is located on the north flank of the volcano near the town of Chinameca, and the volcano has been the site of a geothermal exploration program. 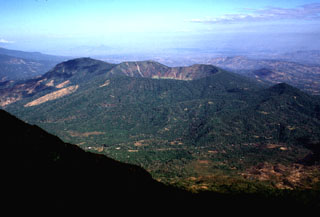