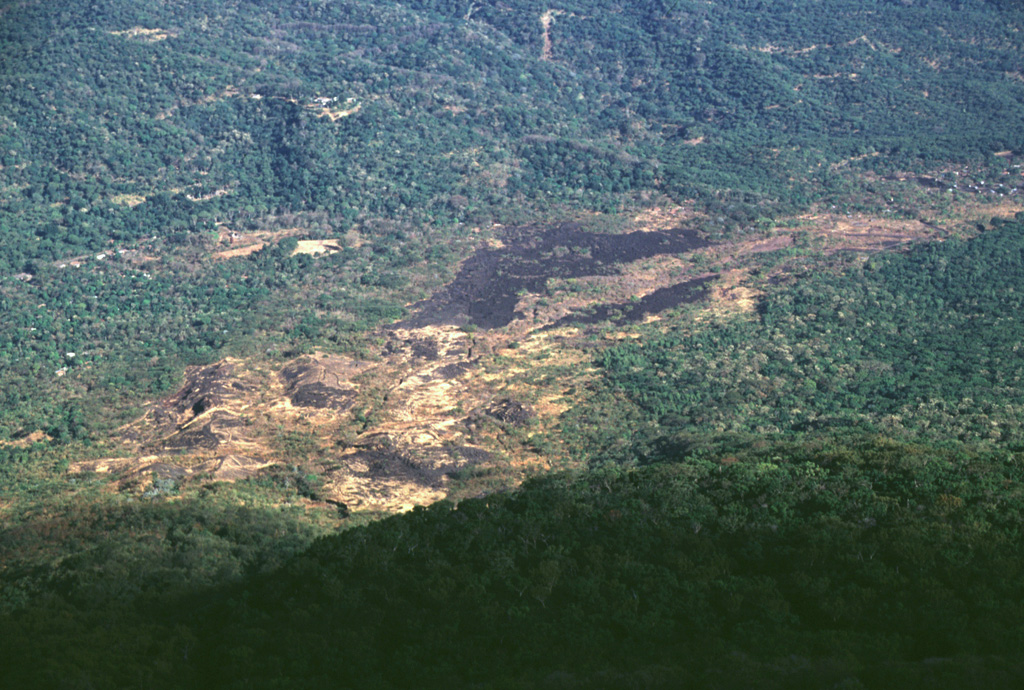 The sparsely vegetated basaltic lava flow cutting diagonally across the photo to the upper right was erupted from a NNW-flank vent in 1844. The flow traveled initially to the NNW toward the broad saddle between San Miguel and Chinameca volcanoes and then was deflected to the NE. It traveled in a narrow lobe as far as 8 km from the summit near the path of the present-day road between the town of San Jorge and the city of San Miguel.