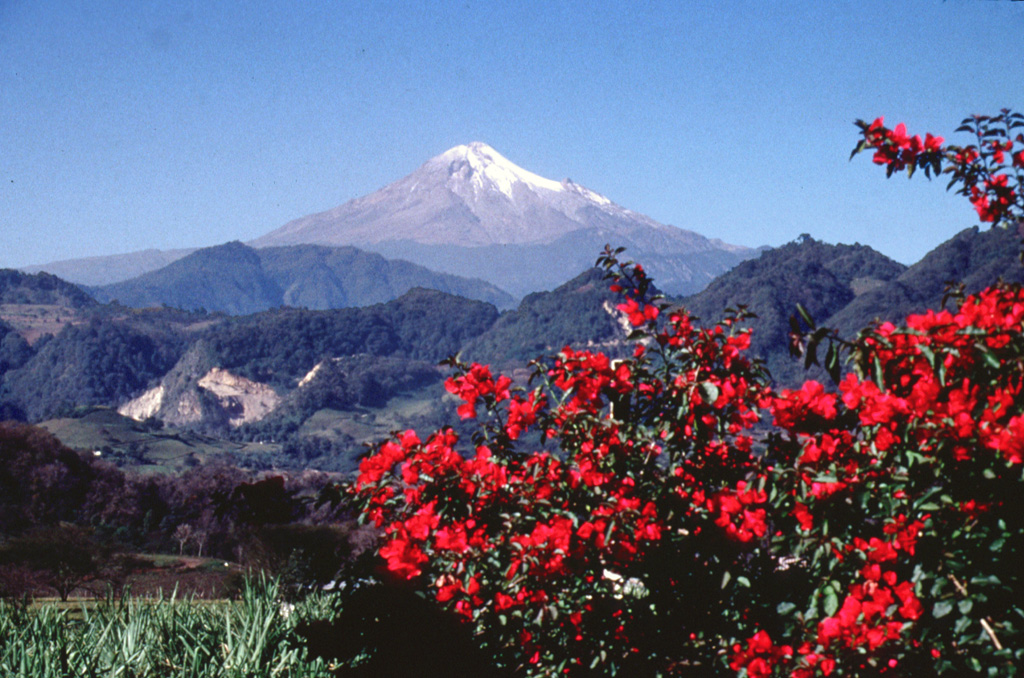 Pico de Orizaba volcano towers above ridges of Cretaceous limestone on its ENE flank. The glaciated volcano was constructed during three stages and has undergone edifice collapse on several occasions. Collapse of the initial Torrecillas edifice during the Pleistocene produced the massive Jamapa debris avalanche. It traveled down the Jamapa river and overtopped gaps in limestone foothills to reach the current area of the city of Huatusco, beyond where this photo was taken.