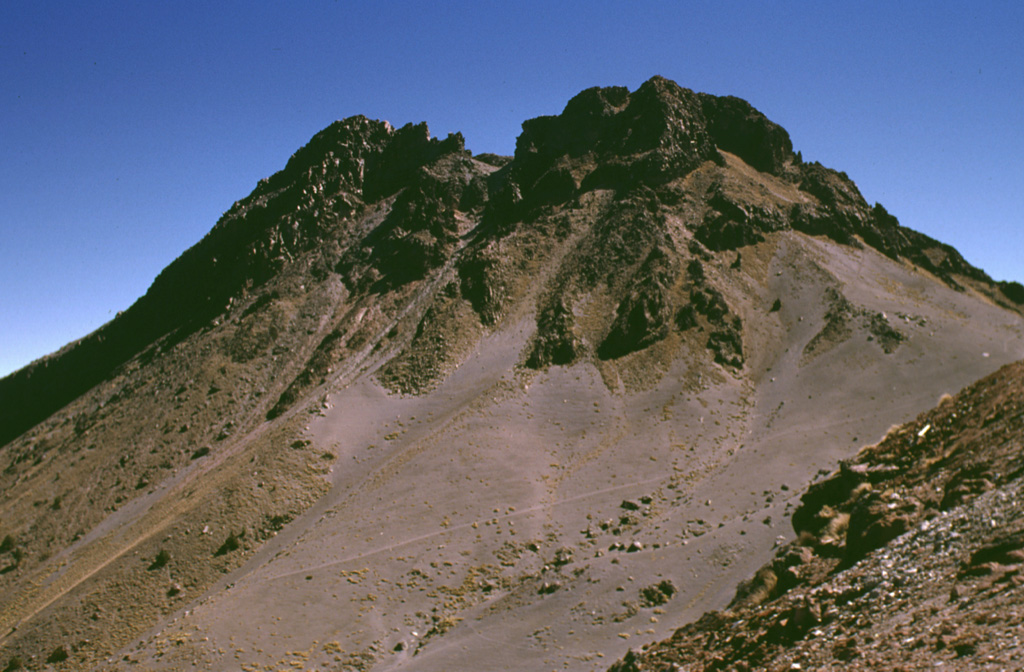 The post-caldera cone of Nevado de Colima volcano forms the high point of the Colima volcanic complex and is the highest peak in western México. The cone, formed of steeply dipping lava flows, was constructed within the youngest of three calderas dating back to about 500,000 years and has been extensively glaciated. The calderas are breached to the east and formed in part as a result of massive slope failures. The youngest caldera is about 5 km in diameter and has a well-preserved western wall, from which this photo was taken.