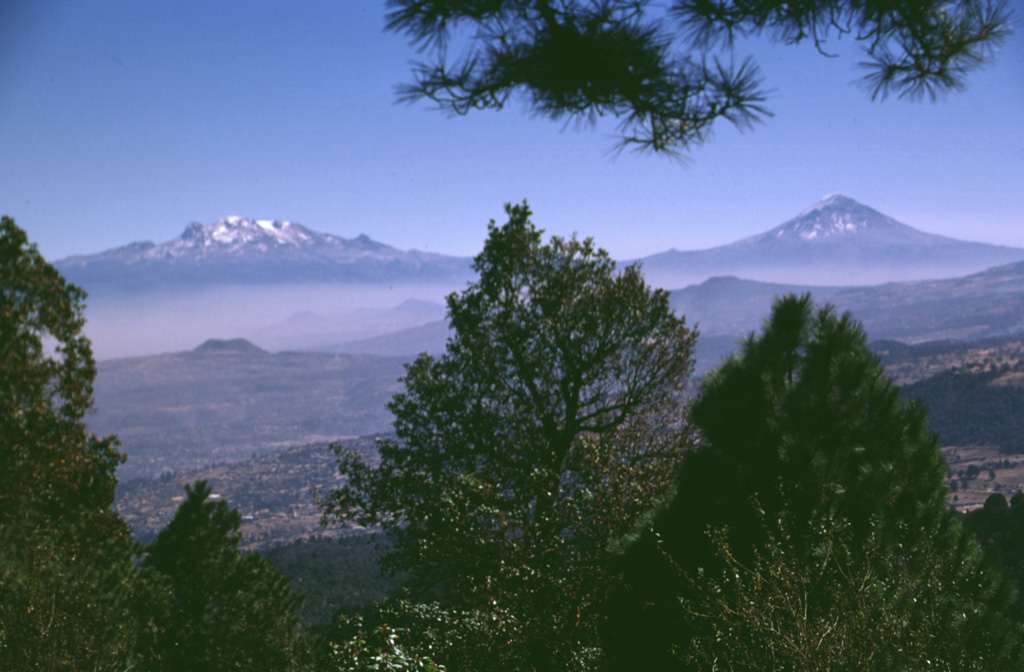 The volcanoes bordering the Valley of Mexico are linked in mythological accounts to Aztec deities. Popocatépetl (right), the "Smoking Mountain," is said to hold a funeral torch for princess Iztaccíhuatl (left), the sleeping "Woman in White," after she died of grief when falsely told by the enemies of Popocatépetl that he had been killed. The hills in the foreground (seen from the summit of Xitle cinder cone) are part of the broad Chichinautzin volcanic field south of Mexico City. Chichinautzin means "Burning Lord," a possible reference to eruptive activity.