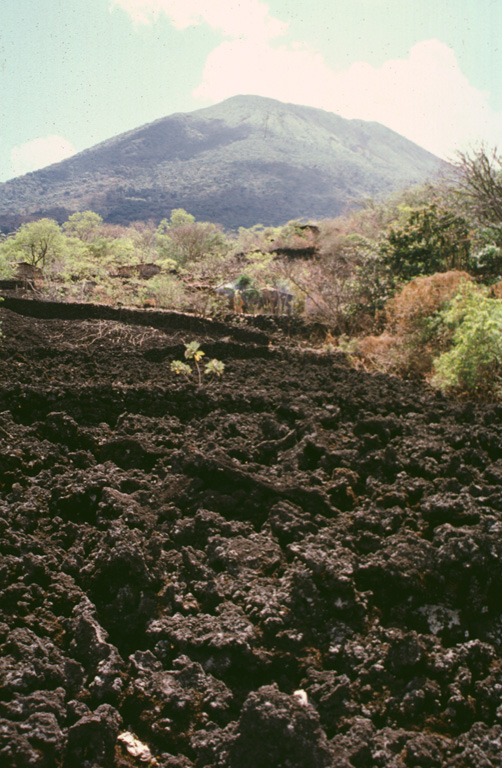 The basaltic lava flow in the foreground originated during a major effusive eruption that began from fissure vents on the NNW flank of San Miguel on July 25, 1844. By December lava was confined to the crater. The volcano then entered a several-year-long period of explosive activity. Another lava flow was reported in 1848, the year the eruption ended.