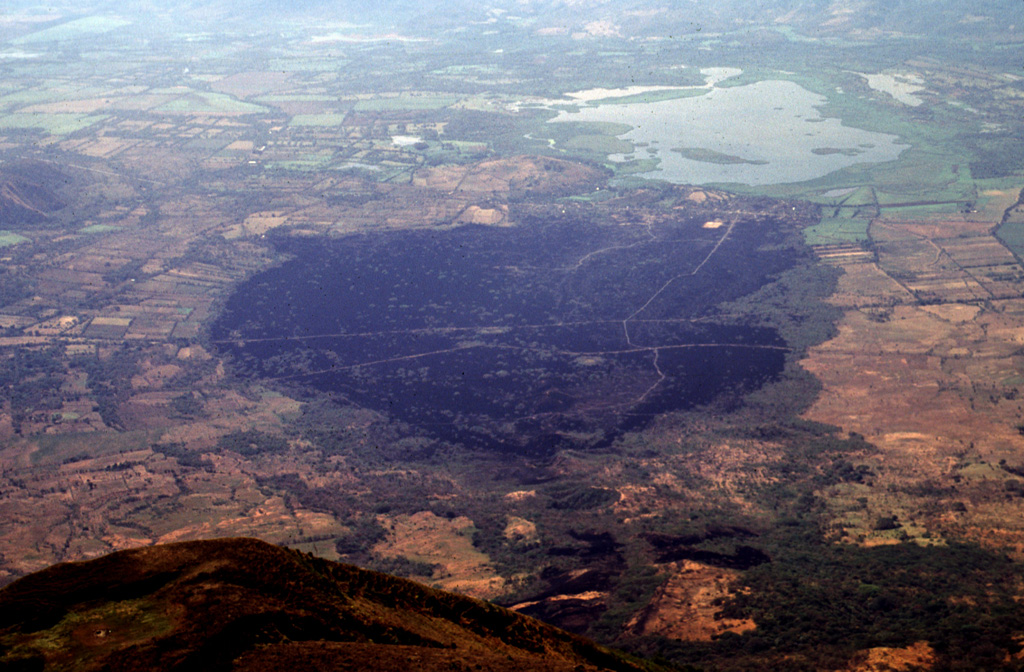 The dark sparsely vegetated area in the center of the photo marks basaltic lava flows erupted on the SE flank of San Miguel volcano in 1819. The flows, seen here from the summit of San Miguel, originated from fissure vents on the lower SE flank in July 1819 and traveled about 5 km downslope toward Laguna el Jocotal (upper right). The small lava flows at the lower right-center were erupted in December 1855. The principal coastal highway and the national railway of El Salvador cross the 1819 flows.