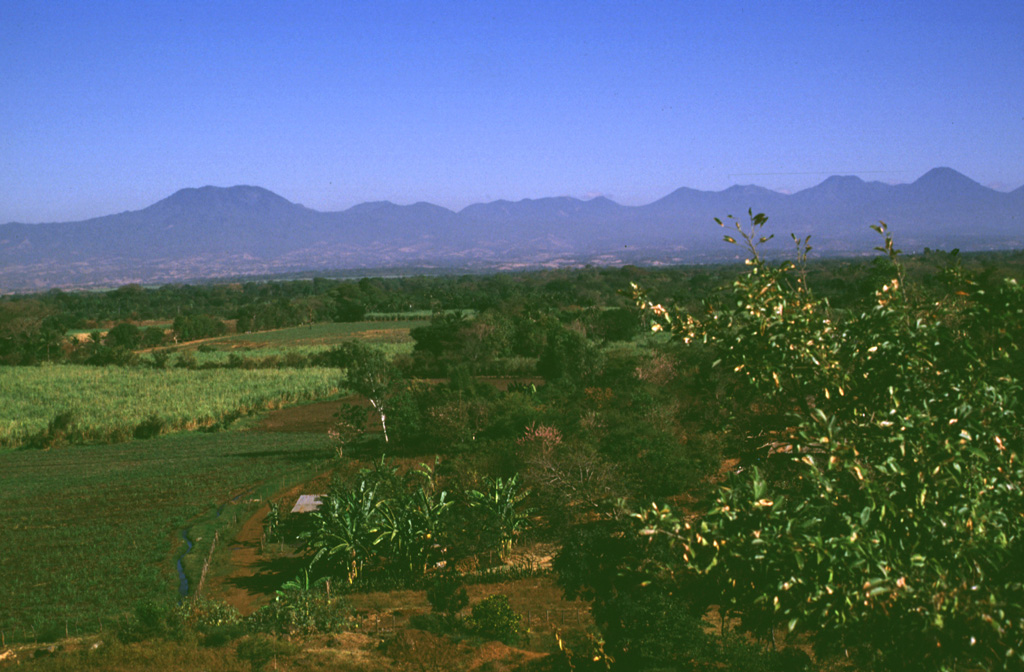 The broad E-W-trending Apaneca Range is seen here from the south with flat-topped Cerro de Apaneca on the left. The Las Ninfas-Laguna Verde complex is in the center, and to its right are Cuyanausul, Cerro de la Rana, Cerro Aguila, and Cerro los Naranjos. The 5-km-wide Concepción de Ataco caldera lies beyond the center horizon, its rim obscured by post-caldera cones. The photo is taken from the top of a hummock on the surface of the massive Acajutla debris-avalanche deposit, which originated from Santa Ana volcano, out of view to the right.