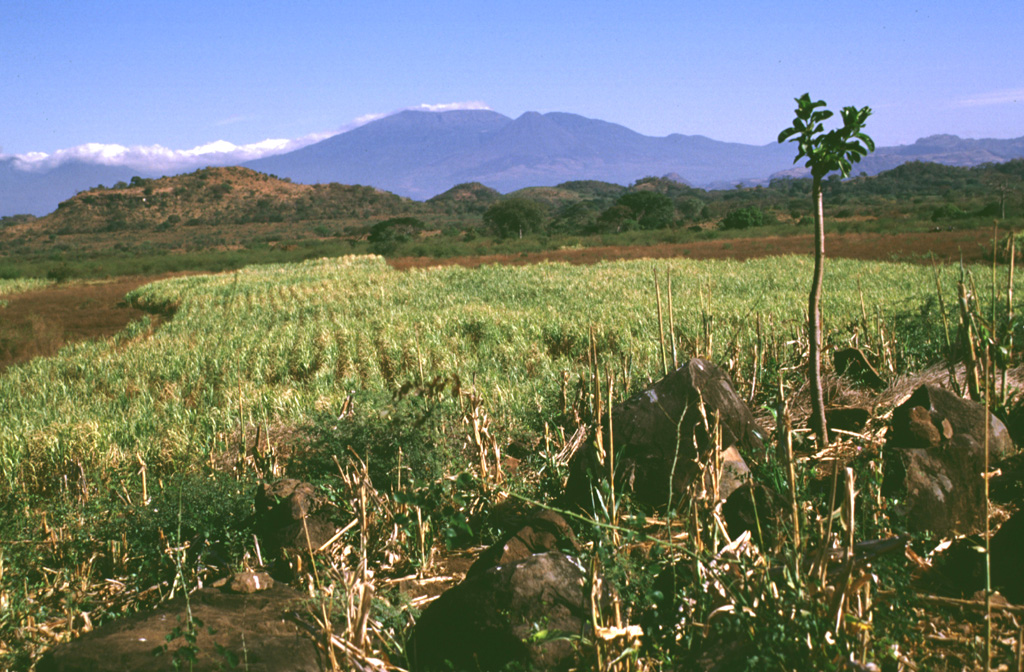 Santa Ana volcano, seen in the distance more than 30 km to the north, underwent catastrophic edifice collapse during the late Pleistocene. This produced a massive, highly mobile, debris avalanche that emplaced the boulders in the foreground and formed the small hummocks across the center. The larger hill to the left is composed of the older Bálsamo formation, which was surrounded by the avalanche. This avalanche was one of the largest known in Central America and traveled nearly 50 km from the volcano.