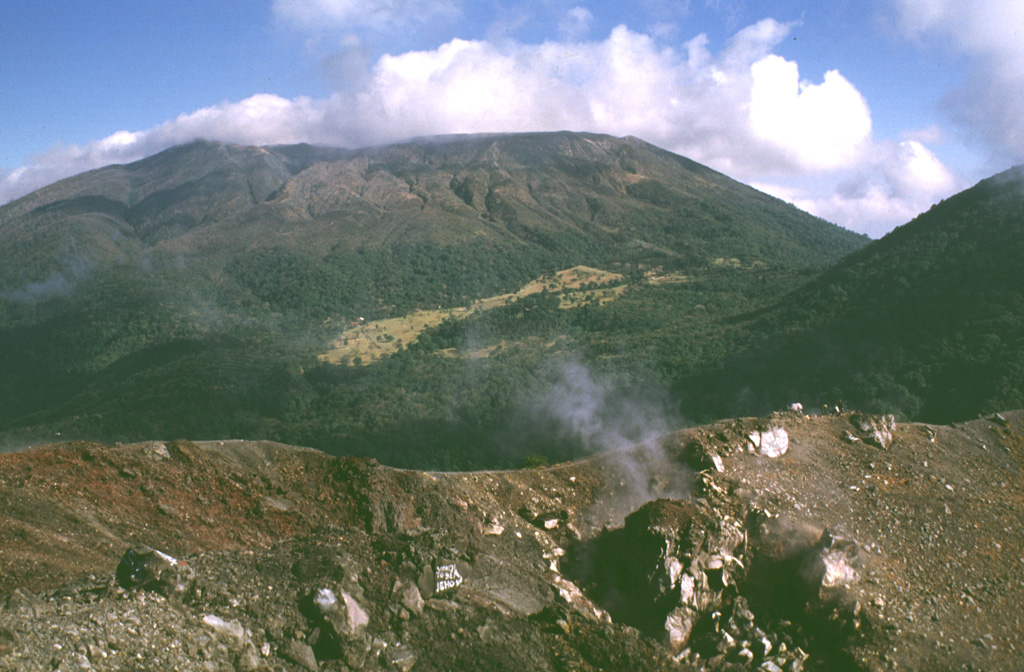 Santa Ana rises beyond the Izalco summit crater, which began erupting in 1770 on the northern Santa Ana flank. Fumarolic activity continues at Izalco, producing the faint steam plume in the right foreground, but has diminished considerably since the 200-year-long eruptive period ended in 1966. A complex of four nested craters gives the summit of Santa Ana a flat profile. The flank of Cerro Verde is seen to the right.

This image is Public Domain, with no copyright restrictions.