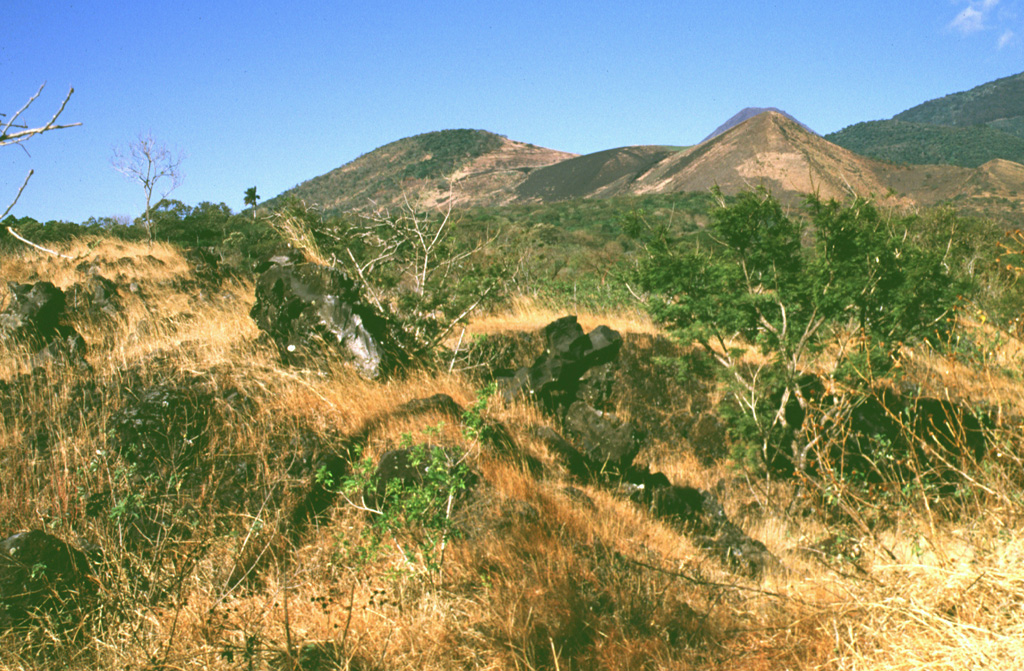 The blocky basaltic-andesite lava flow in the foreground was erupted in 1722 from San Marcelino, the light-colored cinder cone on the right horizon. The 13-km-long Teixcal lava flow traveled to the east and destroyed the small village of San Juan Tecpan. The flow originated from two vents on opposite sides of San Marcelino. The peak on the center horizon is Cerro Chino, the central of three cinder cones along a line extending SW from San Marcelino to La Olla.