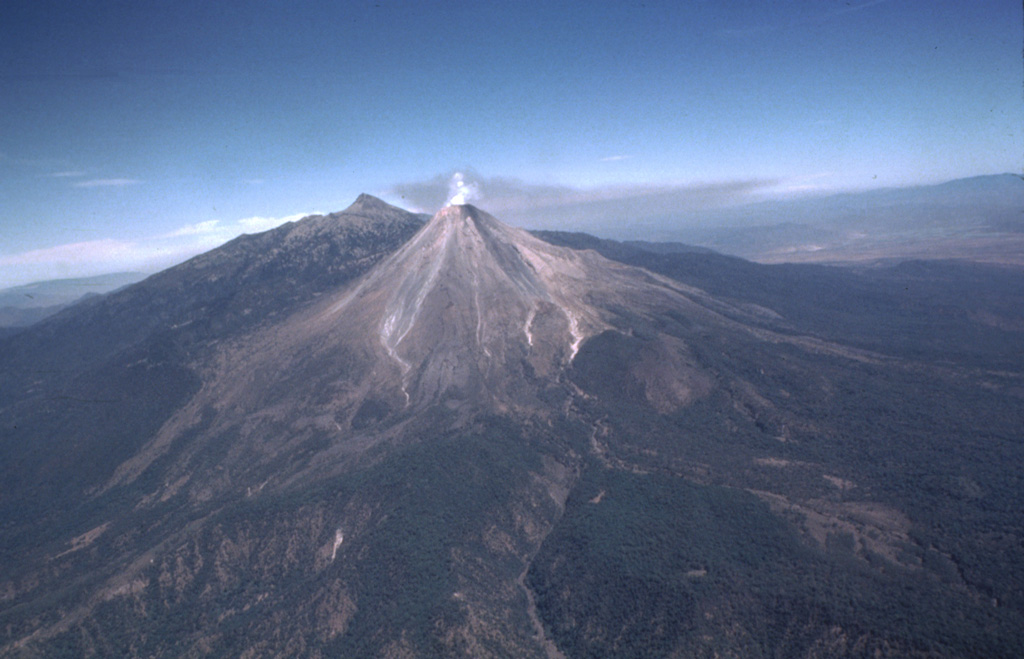 A diffuse gas plume with measured values of 320 +/- 50 tons/day is dispersed from the summit of Colima volcano during a gas-monitoring flight in February 1982. Volcanism at the Colima volcanic complex has migrated southward from massive 300-500 cu km Nevado de Colima in the background. The 50 cu km ancestral Colima volcano was constructed on the southern flank of Nevado de Colima, and the modern cone of Colima (foreground) was built during the past 2600 years within the breached caldera formed by collapse of ancestral Colima.