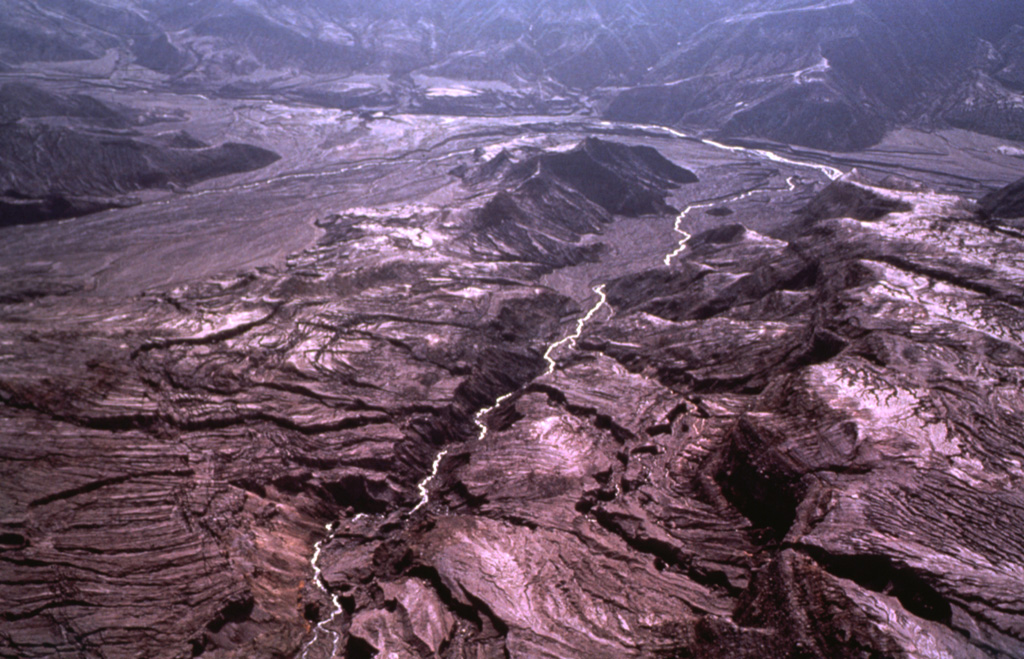 Devastating pyroclastic flows and surges from the March-April 1982 eruptions of El Chichón turned large areas surrounding the crater into a landscape devoid of vegetation. The pyroclastic flows and surges travelled radially away from the volcano to distances of about 6 km, covering an area of about 153 km2. This January 1983 aerial photo shows the effect of extensive erosion of these deposits during the previous rainy season.