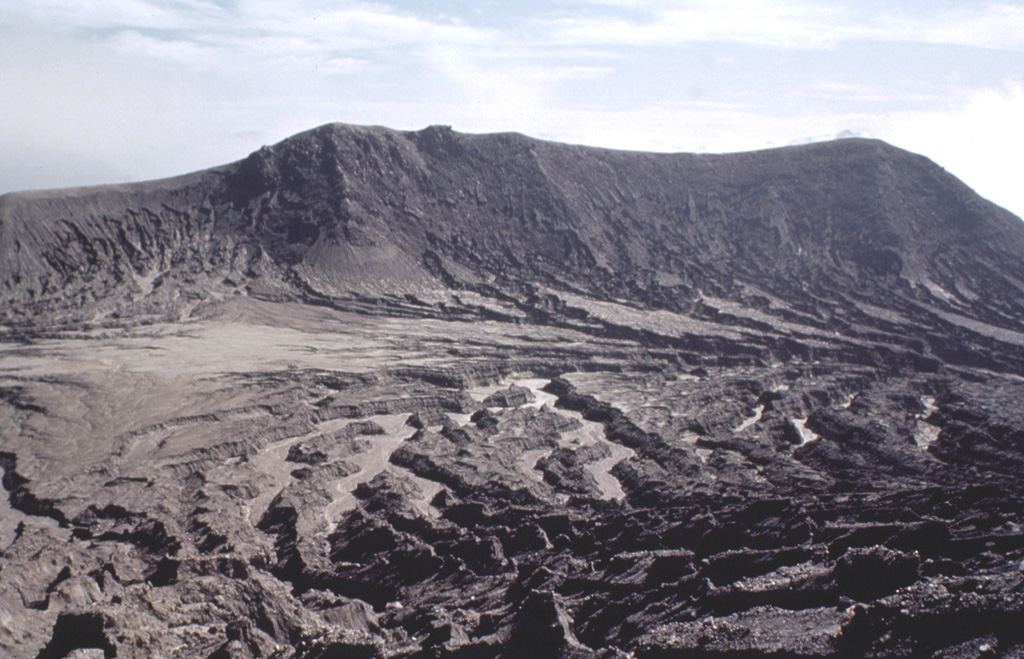 The eastern rim of the 1982 crater at El Chichón is seen here from the rim of the larger, older crater. Erosional gullies formed within pyroclastic flow and surge deposits that traveled radially away from the 1982 crater. The rim rises about 50 m above the moat between the two craters. Prior to the 1982 eruption a lava dome reached several hundred meters above the crater floor.