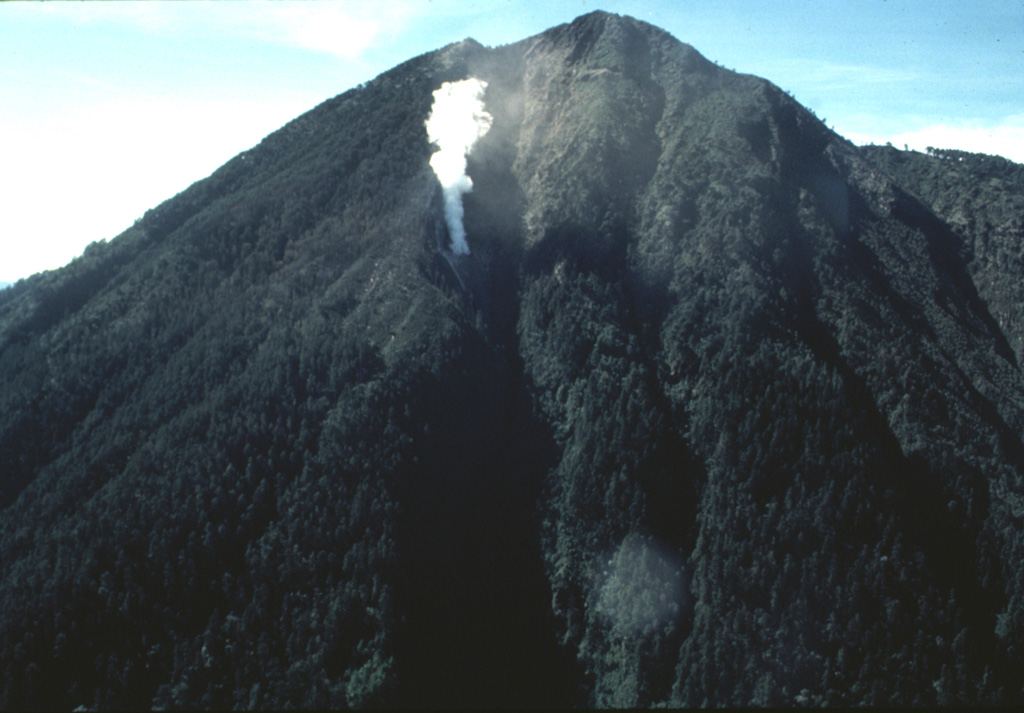 An aerial view of the NE flank of Tacaná volcano on 25 June 1986 shows a steam plume rising above a new vent. Minor phreatic eruptions, the first since 1949, took place in February, May, and June 1986. Following a seismic swarm beginning the previous day, a moderate phreatic explosion around noon on 8 May created a new 10-m-wide vent and ejected a small amount of fine ash. Vegetation was damaged over an area of 200 x 100 m.