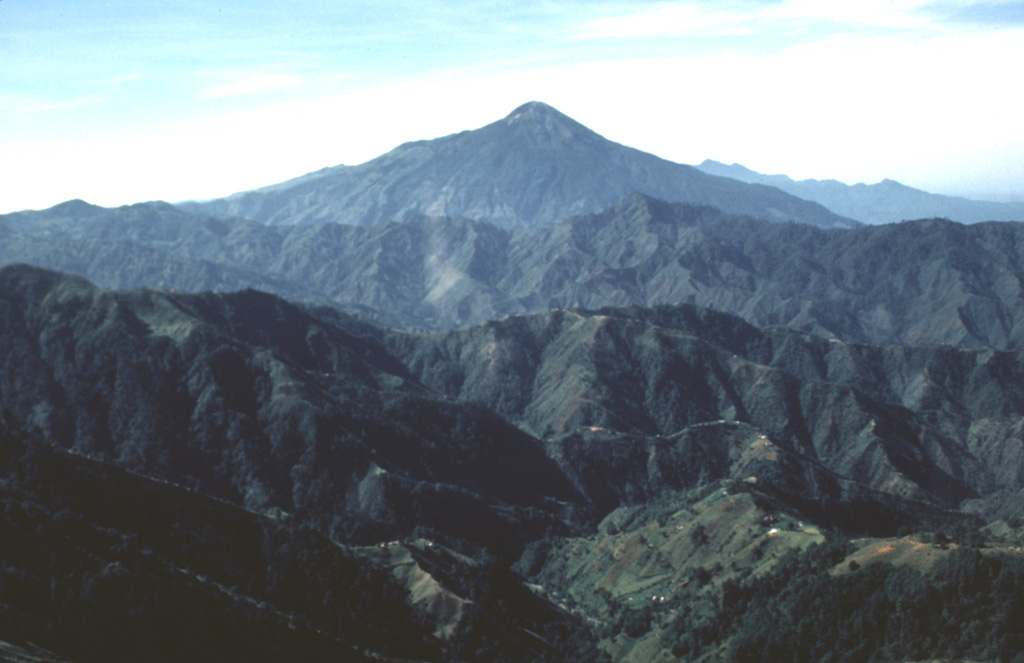 Tajumulco, the highest volcano in Central America, is seen here from the NNW. The volcano rises steeply above deeply dissected valleys cut in plutonic and Tertiary volcanic rocks. Despite its prominence, the 4220-m-high volcano is located in a relatively infrequently visited part of western Guatemala and is much less known than many other Guatemalan volcanoes. Tajumulco has had several unconfirmed reports of historical eruptions. 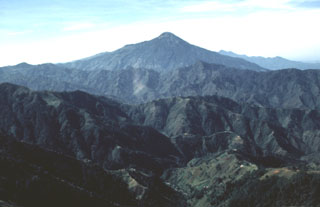