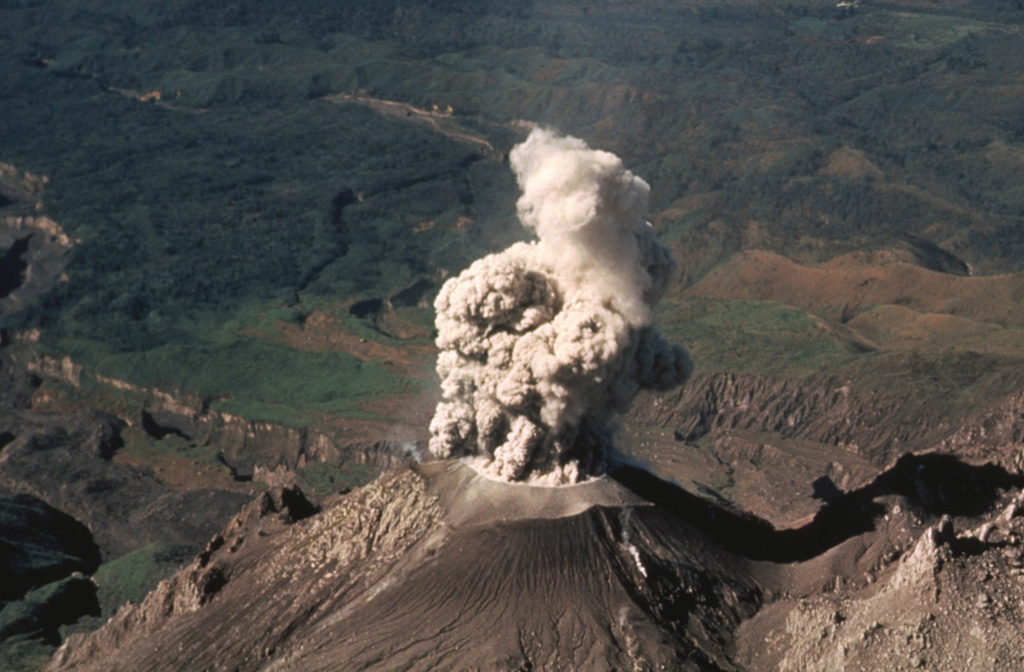 An ash plume rises above Caliente vent at Santiaguito in February 1988. Eruptions at this time took place at intervals of 1 or 2 per hour and consisted of brief 1-2 minute ash emissions that reached altitudes of about 4 km (slightly above the elevation of the summit of Santa María, from where the photo was taken). Light ashfall from these small explosions affected areas to about 6 km from the vent.