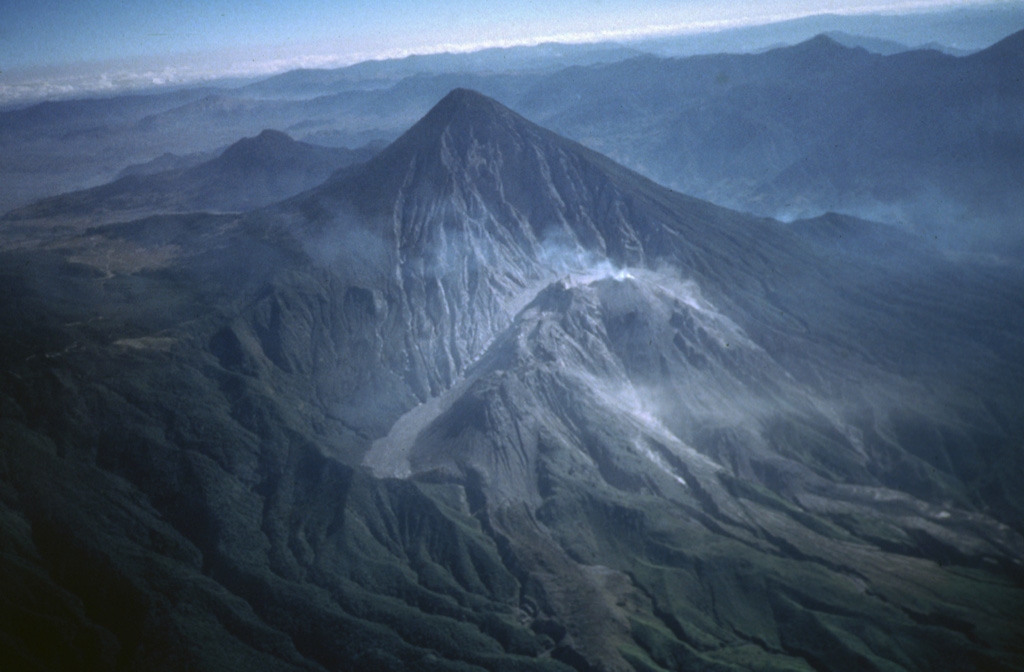 Santa María is one of Guatemala's most active volcanoes. Growth of the degassing Santiaguito lava dome complex began in 1922 at the base of the large crater formed in the Santa María SW flank during a major explosive eruption in 1902. Light-colored volcanic deposits fill the moat to the left of the dome. Lava flows accompanying dome growth descend towards the lower right. The lower peak behind and to the left of Santa María is Cerro Quemado, a lava dome complex within the Almolonga caldera.