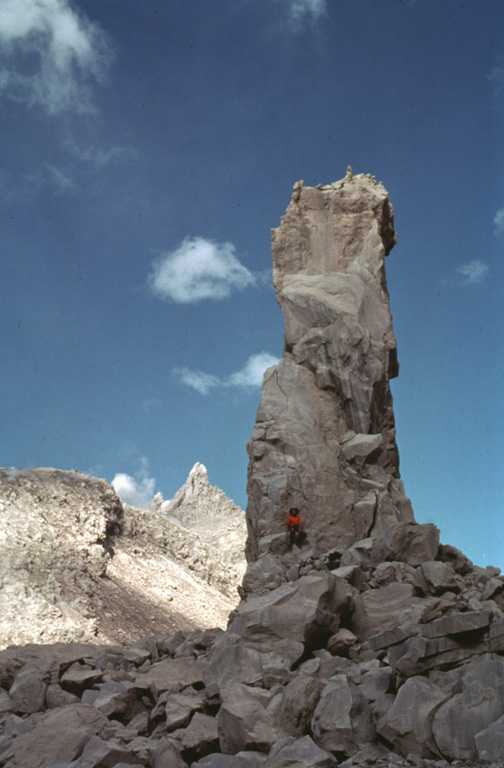 This tall feature is a collapse remnant of a lava flow extruded from the Caliente vent on the eastern side of Santiaguito lava dome between January 1972 and May 1973. A period of increased lava effusion between 1972 and 1975 was unusual because large flows originated from vents at both ends of the dome complex.