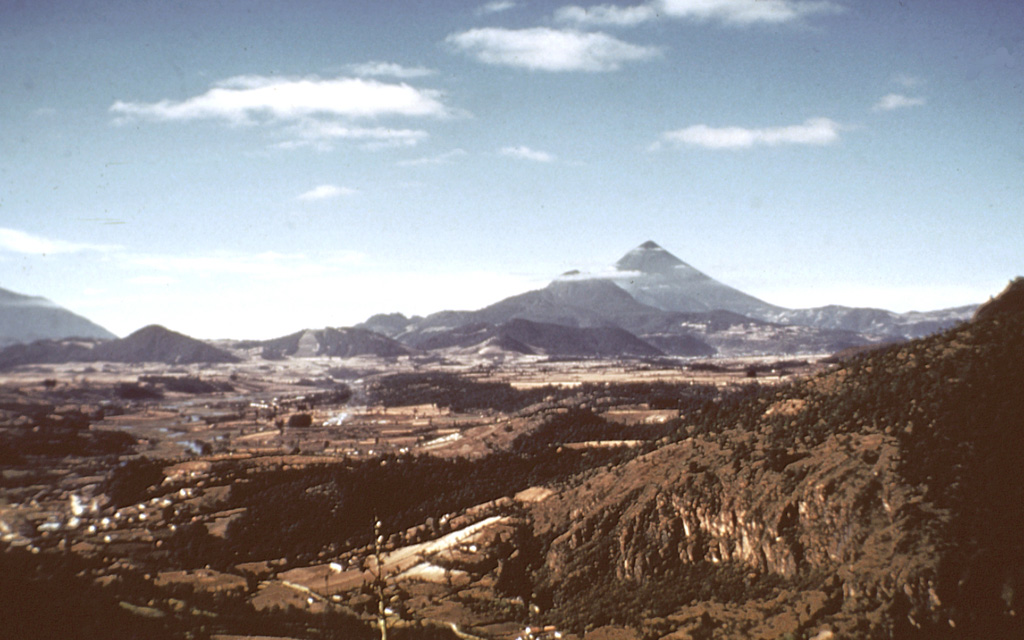 The line of low-elevation forested lava domes in the center of the photo are a chain of domes erupted along the rim of a Pleistocene caldera of the Almolonga complex. The highest dome, Cerro Quemado, is the peak seen here from the north below and to the left of Santa María, the highest peak in this photo. A 3.3-km-wide caldera formed within the field sometime prior to 85,000 years ago. Post-caldera eruptions produced eight lava domes.