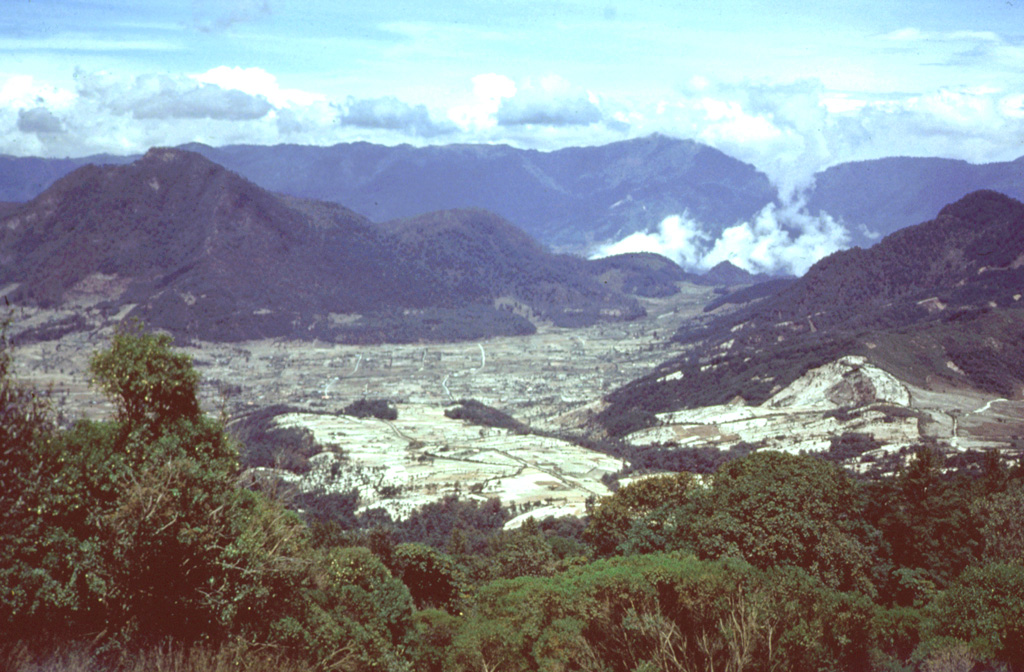 The Cerro Quemado lava dome (left), seen here from Siete Orejas volcano, is one of a series of lava domes along the margin of the Almolonga caldera. The Cerro Quemado dome complex formed during the Holocene from eruptions along at least eight vents. One of these domes forms the low rounded feature below the center horizon. Santa María lies just out of view to the right, and the western side of the Santo Tomás volcanic complex forms the horizon. 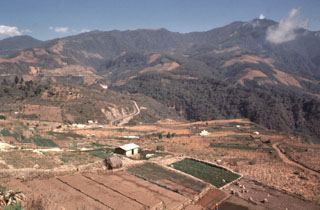