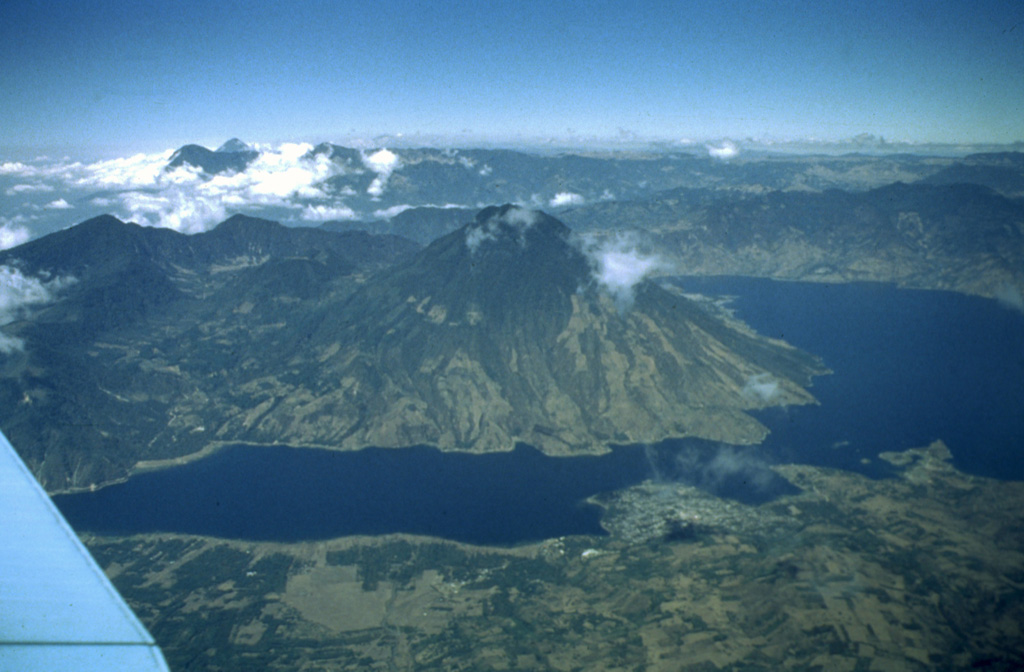 Volcán San Pedro (center) occupies the SW corner of the roughly 85,000-year-old Atitlán III caldera. San Pedro is seen here across narrow Santiago Bay from the lower slopes of Atitlán and Tolimán volcanoes. The 3020-m-high San Pedro has a shallow summit crater that is breached to the NW. The age of the most recent activity of San Pedro is unknown, although the volcano is more vegetated and erosionally modified than the twin volcanoes of Tolimán and Atitlán and is clearly the oldest of the three post-caldera volcanoes. 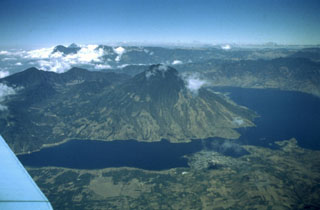