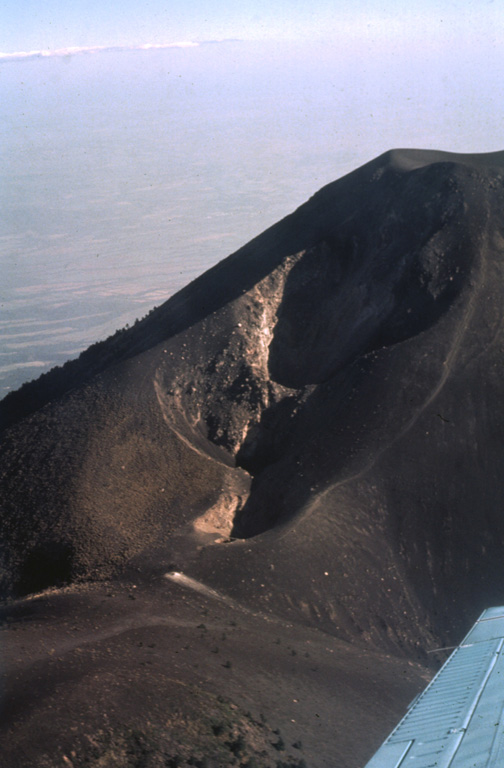 This elongate crater is along the northern flank of Pico Mayor, the summit of Acatenango. The first well-documented eruption of Acatenango took place from this N-flank vent beginning 18 December 1924. The eruption continued until 7 June 1925. On 14 March 1925 ash fell as far away as Pochuta.