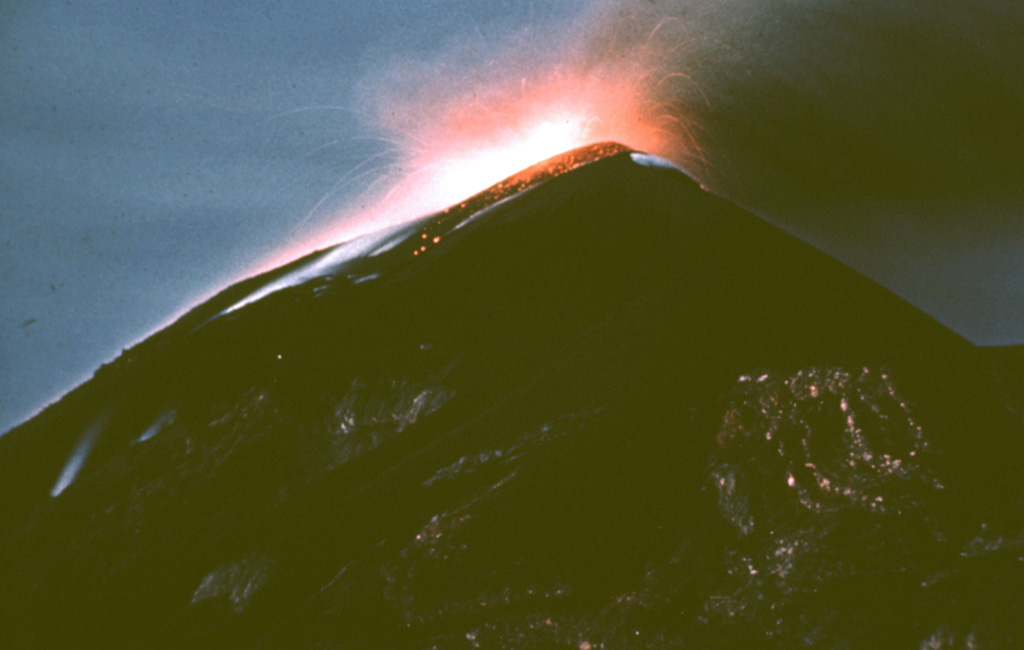 A nighttime exposure shows incandescent ejecta at the Fuego summit in 1962. Explosive activity and lava effusion took place during 4-20 August 1962. The August eruptions also produced pyroclastic flows. Eruptive activity resumed in October prior to a large explosive eruption on 9 November that produced a 12-km-high ash plume. During the November eruption much of the crater was filled with ejecta.