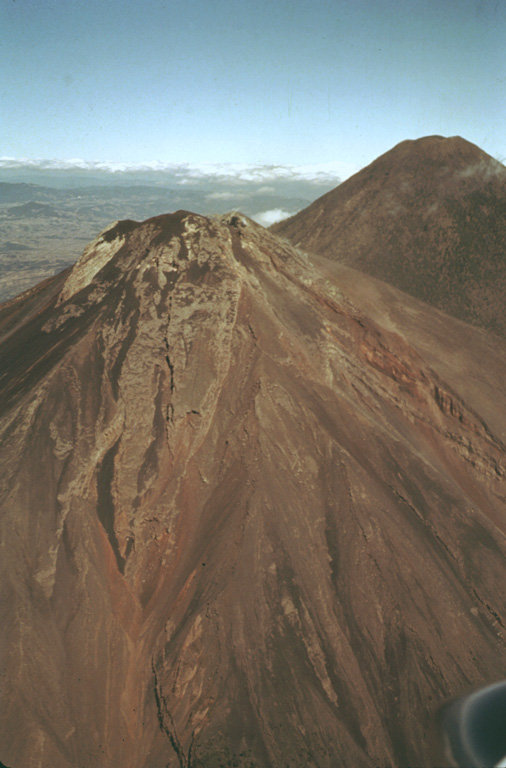 The flanks of Fuego are seen here in an aerial view from the SE in 1978 with Acatenango to the right. Over the formation of these volcanoes the activity began at the northern center, farthest away from the Central American trench (100 km S), and subsequently migrated to the south.