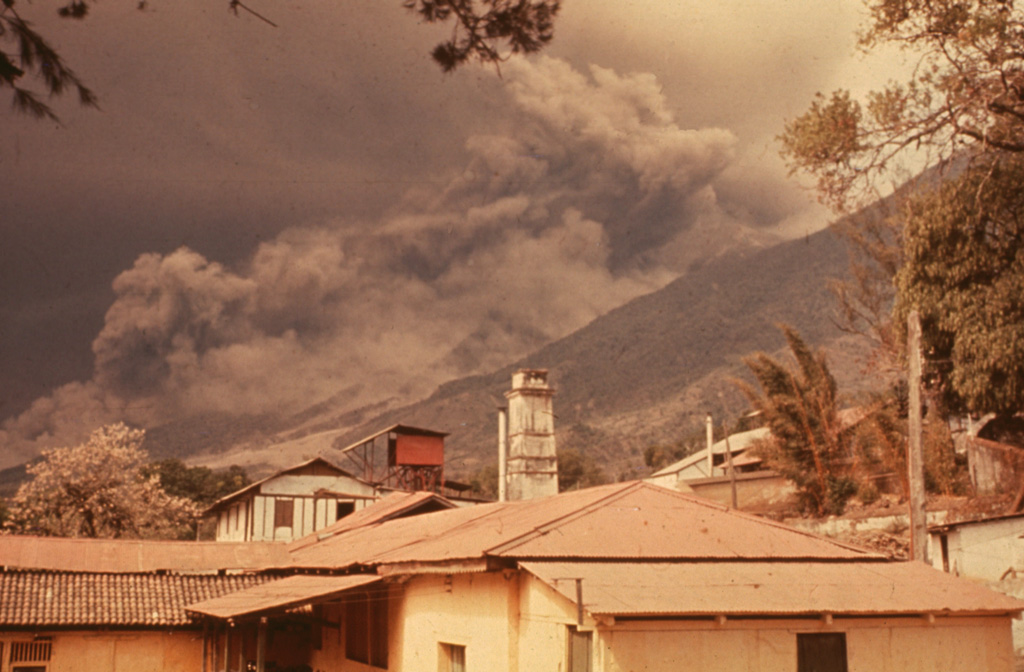 Following strong steam emission at Fuego on 22 February 1973 small eruptions beginning the next day were accompanied by pyroclastic flows down the Barranca Honda on the E flank. Explosive eruptions continued until 3 March and resumed 13 and 22-23 March. Less ash was erupted in 1973 than during the previous eruption in 1971, but pyroclastic flows were more voluminous and traveled farther downslope. This photo was taken from Finca Capetillo, near Alotenango.