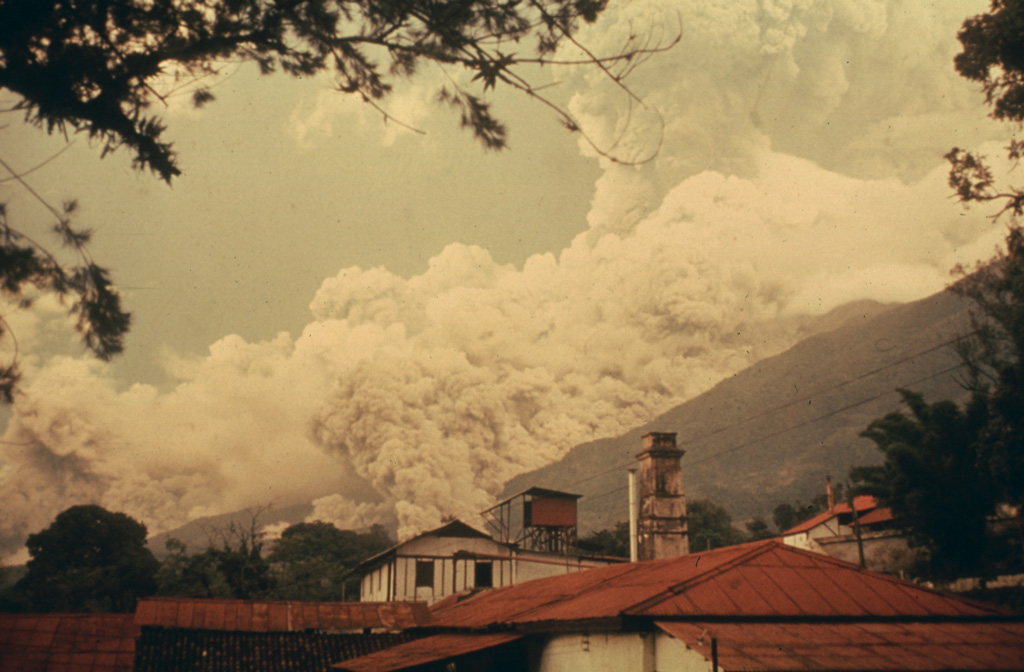 A pyroclastic flow descends drainages on the east flank of Fuego in October 1975 as an ash plume (right) towers above the summit. Intermittent minor eruptions took place 28 May, 23 July to 4 August, and 19 September to 21 October 1975. On 11-12 and 16 October ash fell in, and west of, Antigua. This photo was taken from Finca Capetillo, near Alotenango. Pyroclastic flows frequently travel down these same drainages and had occurred during the two previous eruptions in 1973 and 1974.