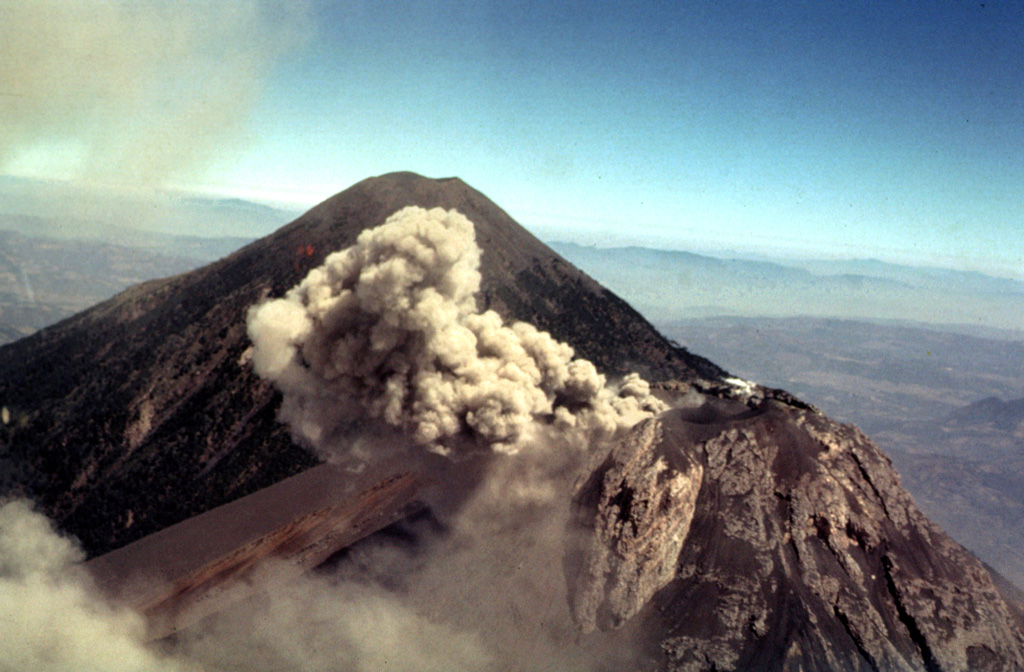 Winds deflect a small 27 February 1978 ash plume from the Fuego summit crater to the west. In the background is Acatenango, which rises about 700 m above the saddle between it and Fuego. Intermittent minor eruptions took place from 11 September 1977 to 8 August 1979, sometimes producing pyroclastic flows and lava flows.