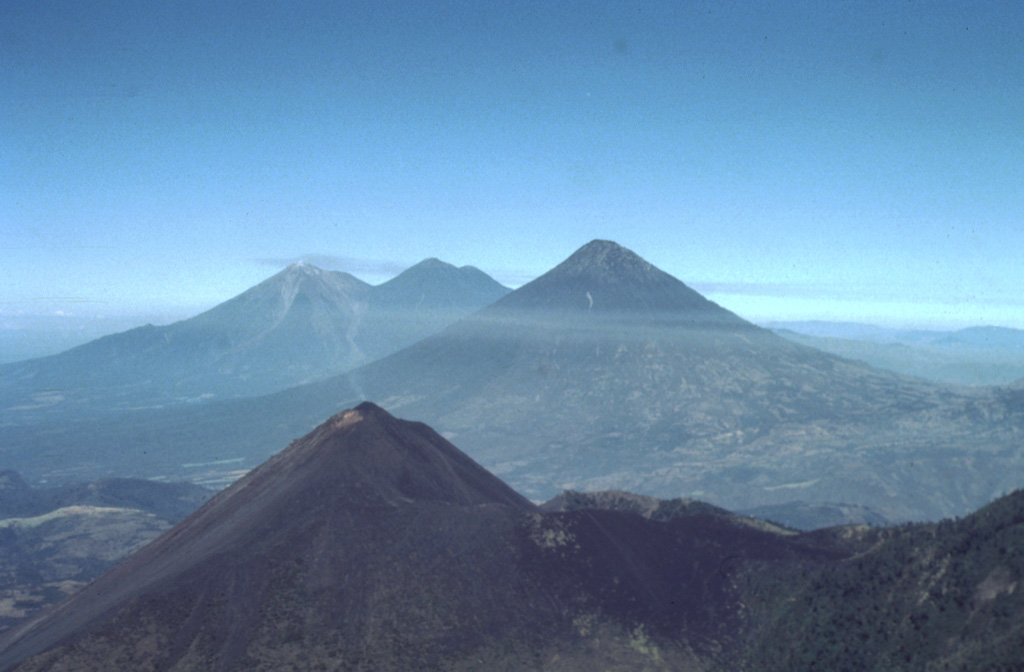 A spectacular aerial view from the east shows four major volcanoes located within 45 km of Guatemala City. In the foreground is Pacaya, which has been in frequent eruption since 1965. The modern cone (left-center) partially overlaps the rim of a large caldera. The massive conical volcano at the right-center horizon is Volcán de Agua, the only one of the four not to have erupted in historical time. The twin volcanoes of Acatenango (right) and Fuego (left) lie behind Agua. These latter three volcanoes overlook the historical city of Antigua Guatemala.