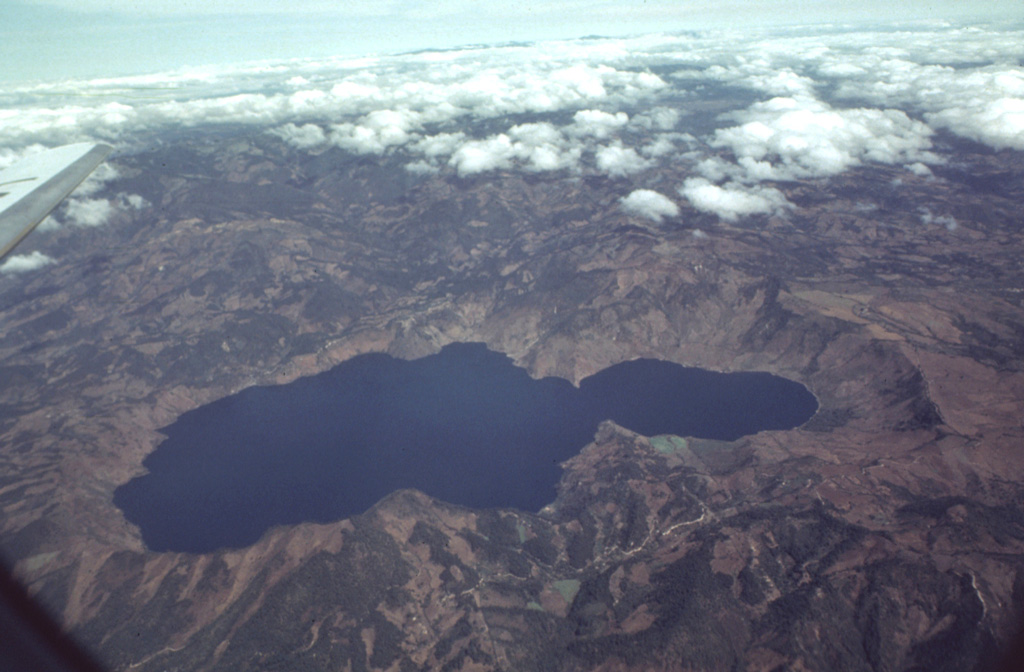 Scenic Laguna de Ayarza fills a double caldera formed during the late Pleistocene. The caldera lies about 40 km NE of the active volcanic front. The older eastern caldera (left) was associated with eruption of the Mixta pumice fall and ashflow about 27,000 years ago, and the larger western caldera was formed during eruption of the Pinos Altos airfall pumice and Tapalapa ashflows radiocarbon dated at about 23,100 years before present. Bathymetry of the lake floor shows no evidence for post-caldera eruptions. 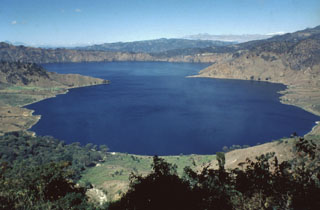