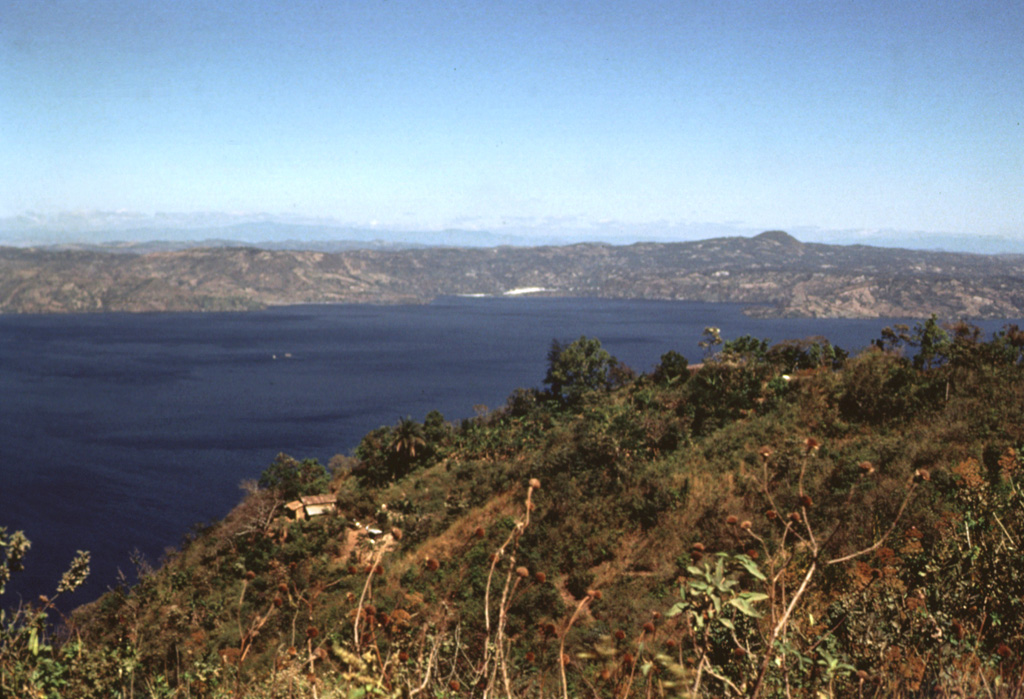 The two tiny islands in the center of Lake Ilopango barely visible above the house in the foreground are the Islas Quemadas. These are post-caldera lava domes that were emplaced from 31 December 1879 to March 1880. A huge ash plume with incandescent ejecta were erupted on 20 January and the dome breached the lake surface on 23 January. It reached a height of 50 m above the lake surface before violent explosions on 5 March destroyed most of the visible part of the dome.