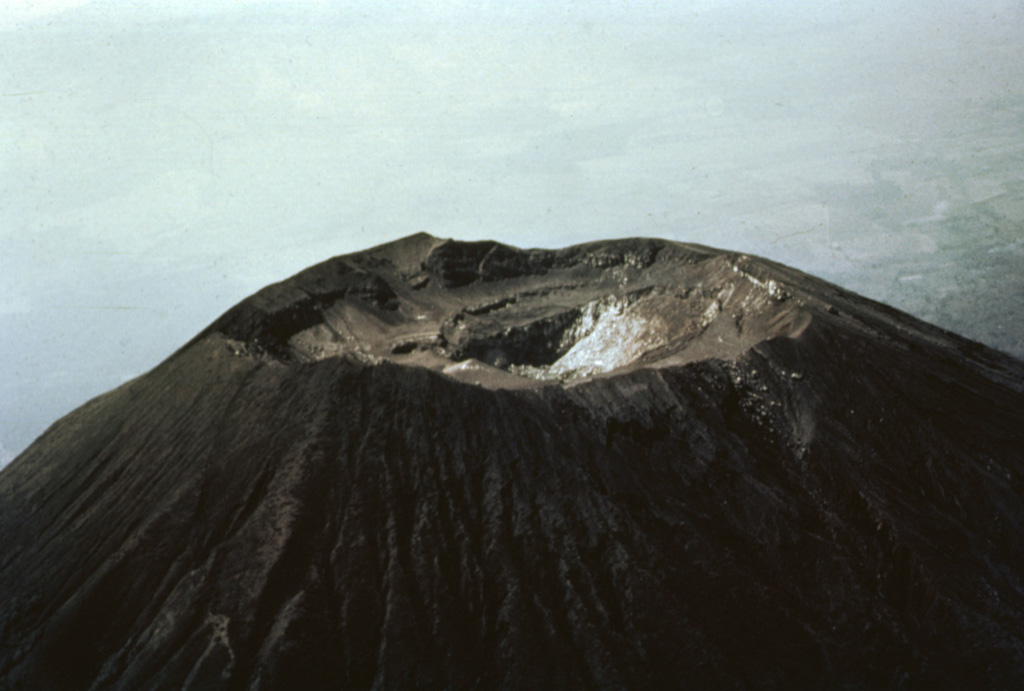 The summit of San Miguel volcano was reported to be peaked prior to the 16th century, but now is truncated by a 1-km-wide crater. This aerial view shows the 2130 m high point on the far NE crater rim in the center of the photo and several benches cut by a roughly 250-m-deep central crater. The morphology of the crater has varied greatly during historical time as a result of the creation and subsequent destruction of new craters. A cinder cone that formed in the NE part of the crater in 1884 had disappeared 50 years later.