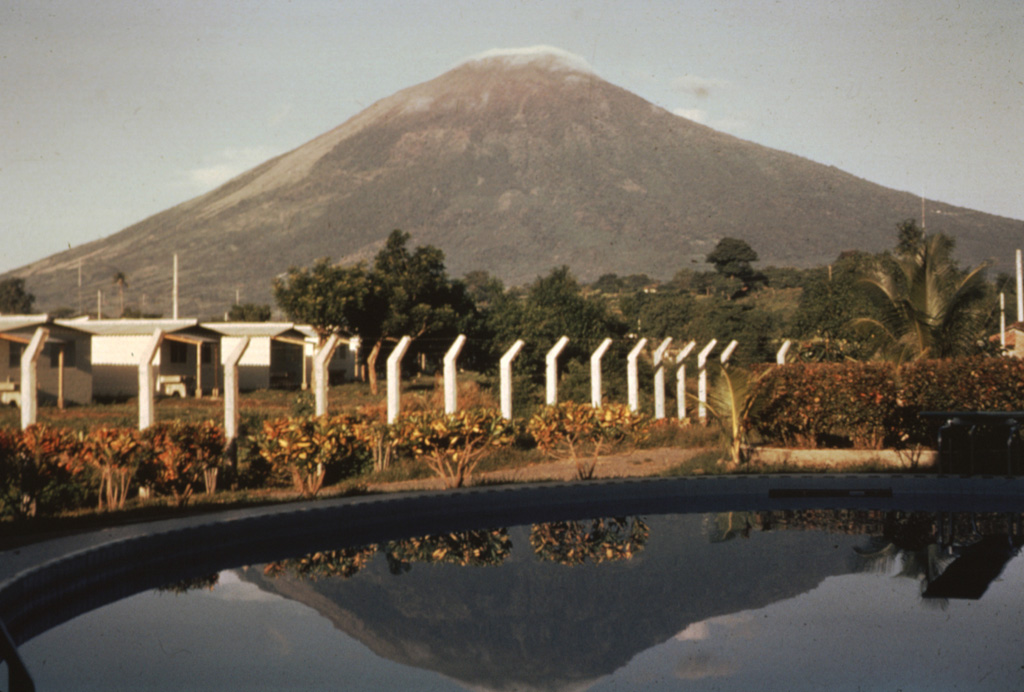 The northern slopes of the symmetrical cone of San Miguel are seen here from the city of San Miguel north of the volcano. A deep crater that has been frequently modified by historical eruptions (recorded since the early 16th century) caps the truncated summit of the basaltic-to-andesitic volcano. Radial fissures on its flanks have fed a series of fresh lava flows, including a NE-flank flow in 1762 that currently underlies the outskirts of the city of San Miguel, the third largest in El Salvador.