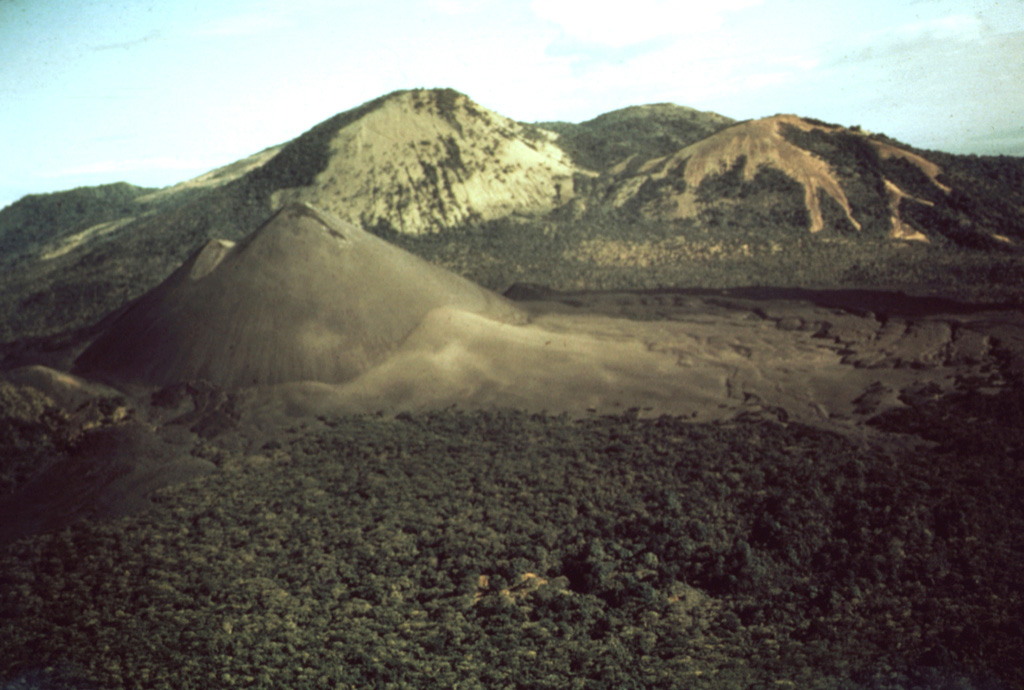 Cerro Negro, the unvegetated cinder cone at the left center, was born on April 13, 1850 on an uninhabited plain between Las Pilas (in the background) and Rota volcanoes. The new cone reached a height of 50-60 m in ten days, after which activity subsided until renewing on May 27. The tephra-mantled lava flow in the middle of the photo, extending from the western base of the cone to the forest in the foreground, was erupted in 1850. The Las Pilas volcanic complex includes the peaks of Cerro Grande, Las Pilas itself, and Cerro Ojo de Agua.