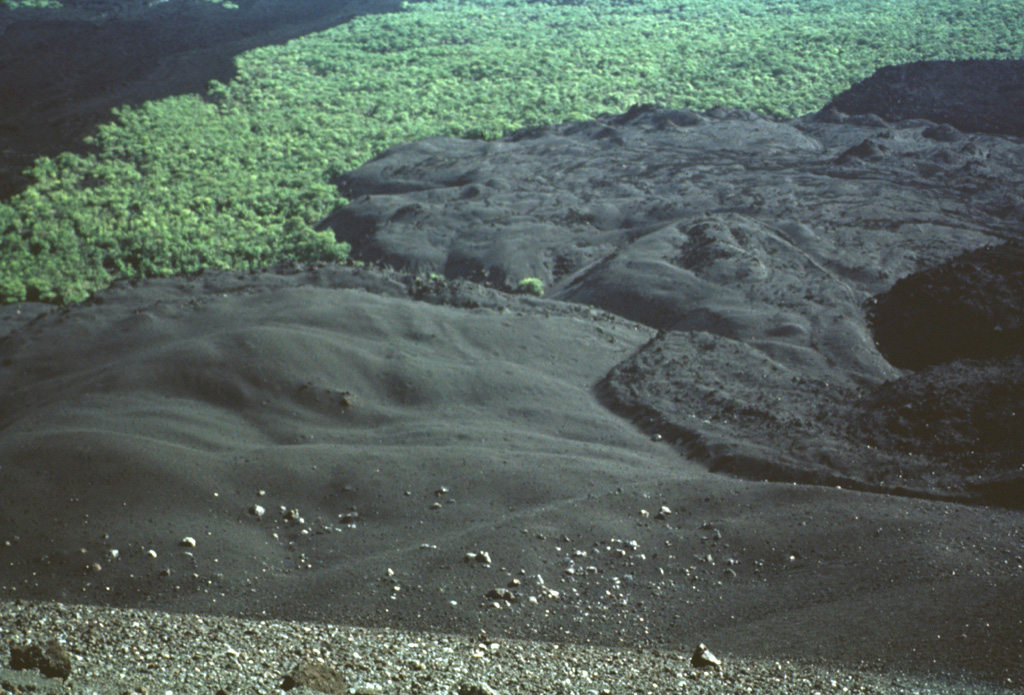 The lava flow at the right, partially mantled by tephra, was erupted in July 1947. A strong explosive eruption produced ashfall that damaged crops at Malpaisillo. The 1947 lava flow originated from a parasitic cone and traveled to the NE. This photo from the northern side of Cerro Negro also shows darker-colored lava flows from the 1957 eruption at the extreme right and at the upper left.