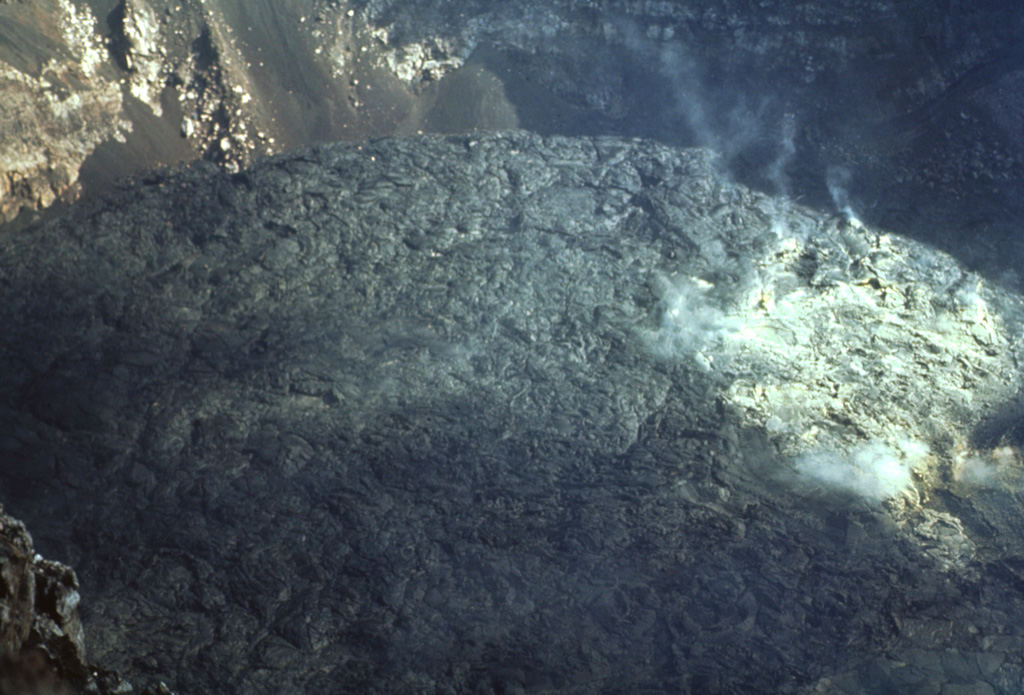 An October 1971 photo from the crater rim shows a fresh black lava flow extruded onto the crater floor. Fumaroles rise from the surface of the flow at the right. Masaya began a long-duration eruptive period in 1965. Several lava flows, such as this one, were erupted between 1965 and 1972. An active lava lake was visible until 1979, and intermittent small explosive eruptions lasted until 1985.