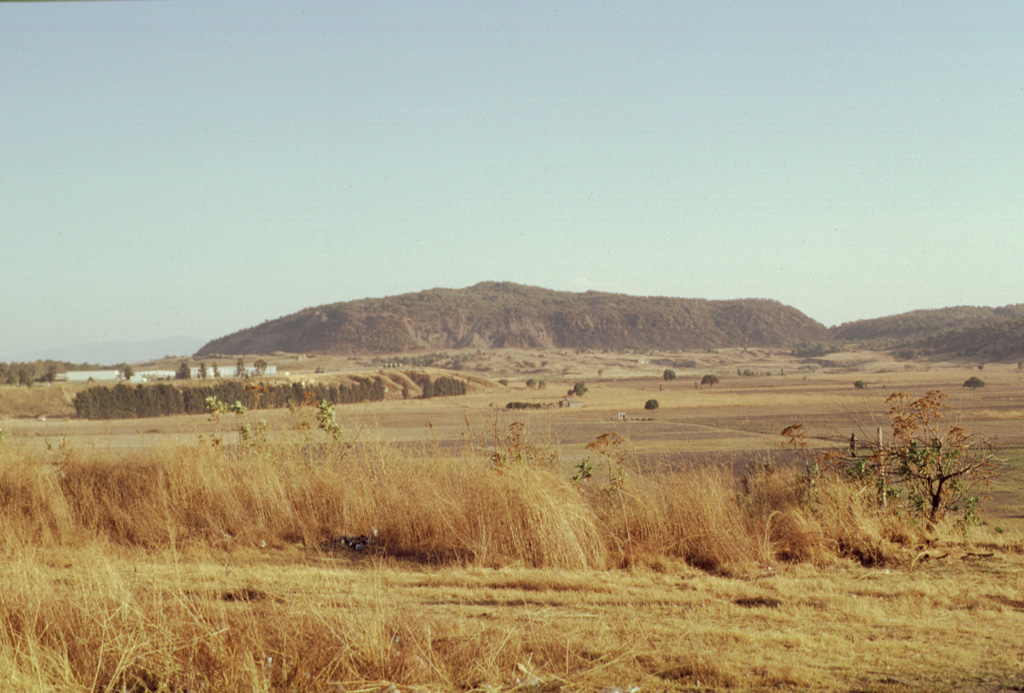 Cerro El Colli, a small rhyolitic lava dome that is one of the youngest post-caldera domes of the Sierra La Primavera volcanic complex, rises to the south above the eastern caldera floor. The dome has been dated at about 30,000 years and is the easternmost of several emplaced along an arc along the southern caldera margin. Eruption of the Southern Arc lavas began about 60,000 years ago and were accompanied by eruptions of airfall pumice and pyroclastic flows. Southern Arc lavas are generally younger to the east. 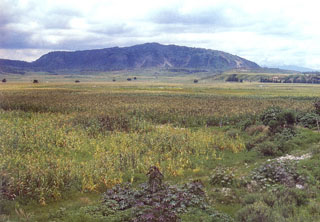