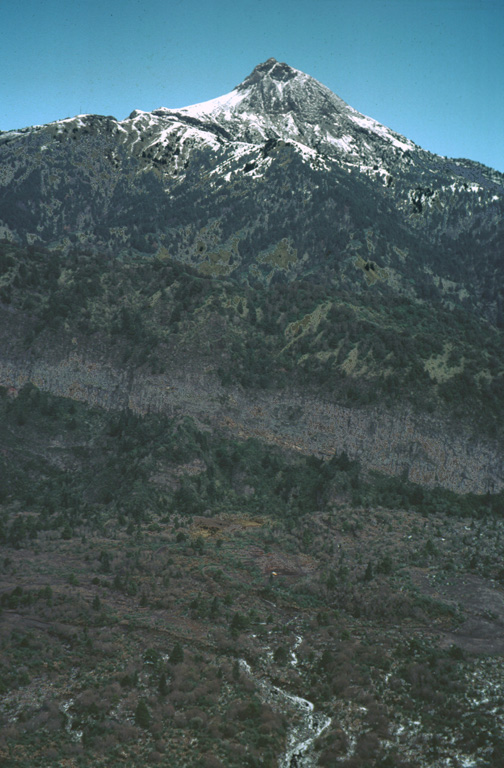 The summit of Nevado de Colima volcano is seen here from the top of El Volcancito, a satellitic lava dome on the NE flank of Colima volcano. A lava flow from Volcancito descended at the lower right into the caldera moat of Colima volcano. A prominent light-colored east-dipping lava flow appears in the caldera wall, and the rim of the caldera cuts diagonally across the center of the photo. The summit cone of Nevado was constructed within a caldera complex breached to the east, whose rim appears just above the white area of hailstone accumulation.