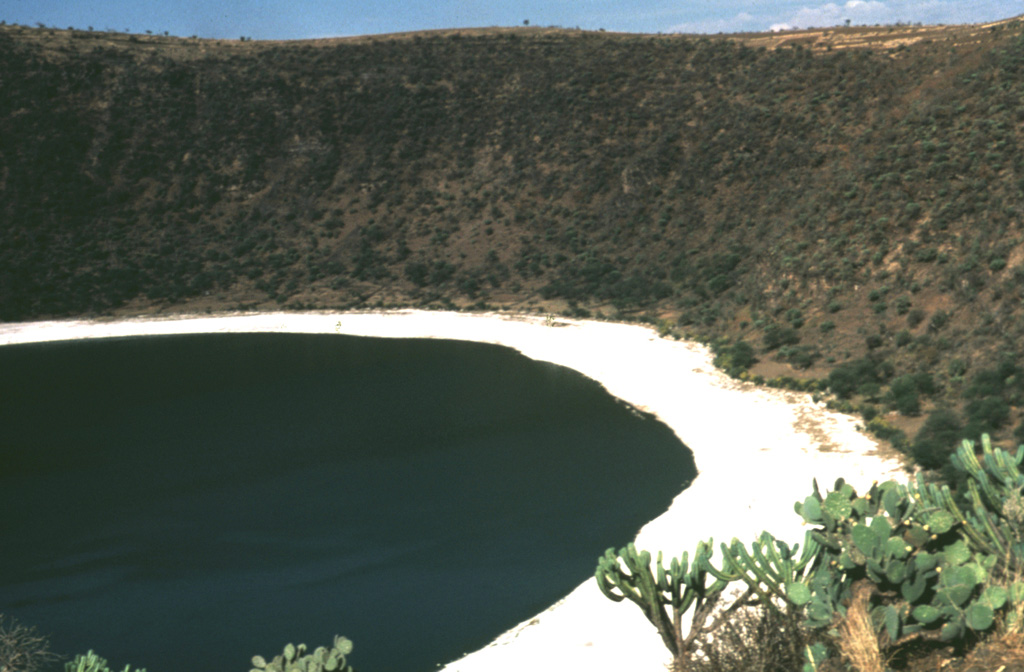 The Valle de Santiago in the NE part of the Michoacán-Guanajuato volcanic field NW of Lake Yuriria contains a group of maars formed by phreatomagmatic eruptions. The maars, four of which are lake-filled, range from 0.8 to 1.8 km in diameter, are 80 to 180 m deep, and are probably Holocene in age. This photo shows the Hoya Rincón de Parangüeo maar at the northern end of the group.