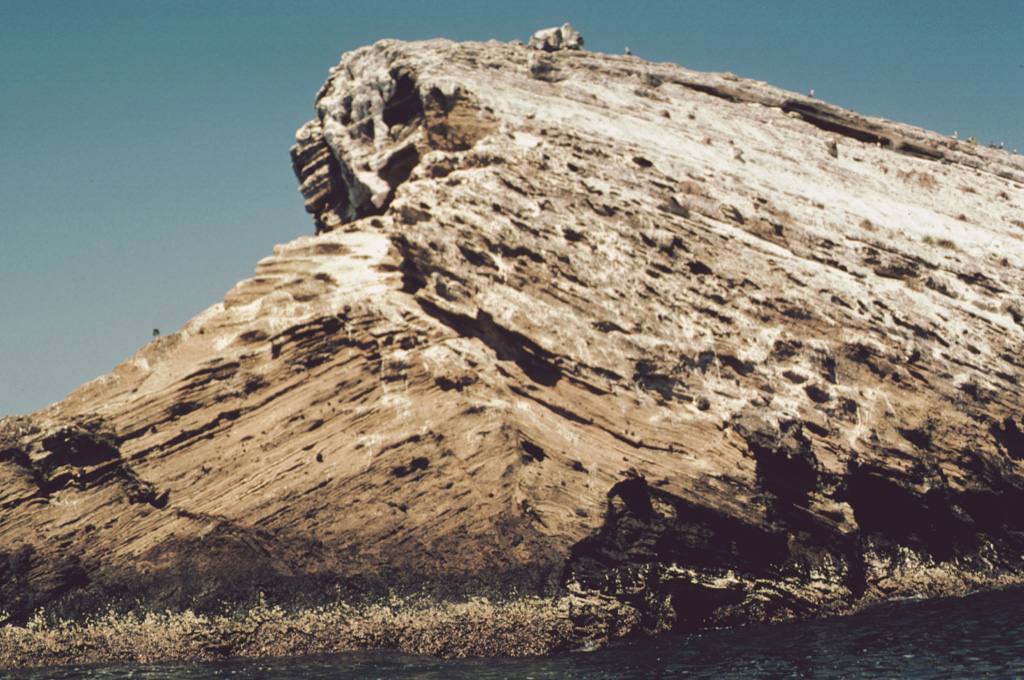 A sea-cliff exposure at the southern end of Islota Pelón, located off the NW coast of Isla Isabel, shows a dramatic angular uncomformity between two generations of dipping tuff beds. The large volcanic bomb perched on the rim at the top lies on dipping layers in the interior of the tuff cone. Wave erosion has left only the arcuate western rim of Islota Pelón, whose vent lies out of view to the right. 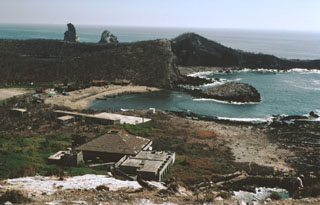