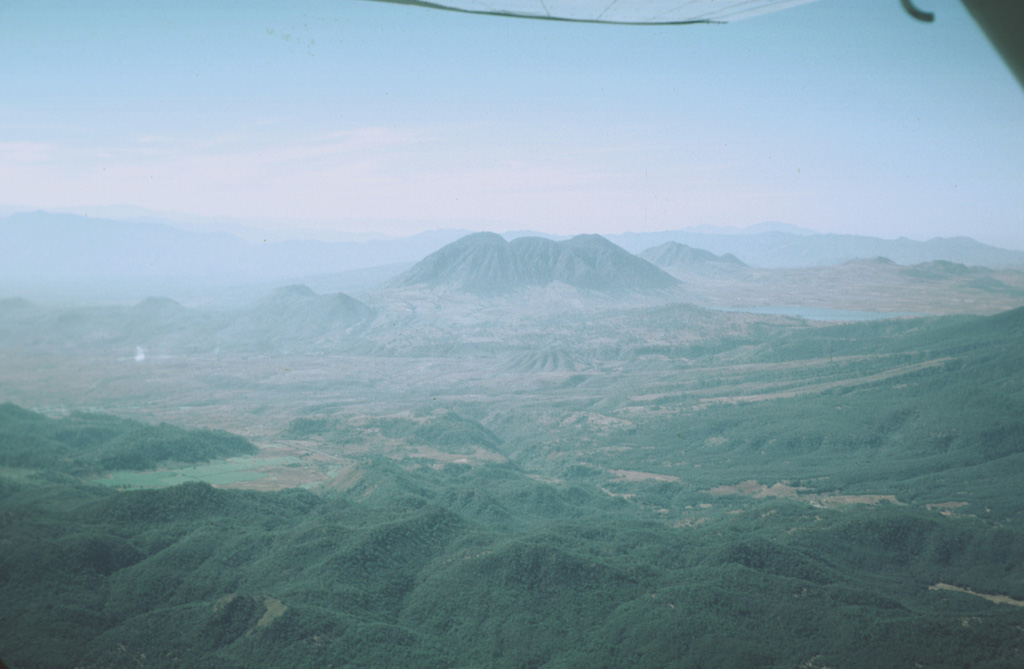 The indistinct elliptical 7 x 10 km wide San Pedro caldera is seen here in an aerial view from the NE, with Laguna San Pedro on the right. The rim of the caldera is exposed only on the east side (left), where it truncates early Pleistocene andesitic-to-dacitic lava domes. The caldera partially cuts the 1.1 million-year-old Cerro Grande shield volcano, whose low-angle slopes can be seen beyond the left side of the three coalescing post-caldera Cerro San Pedro lava domes (center). 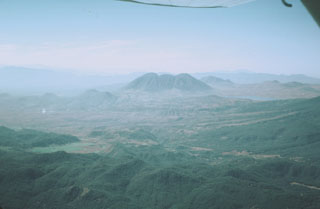