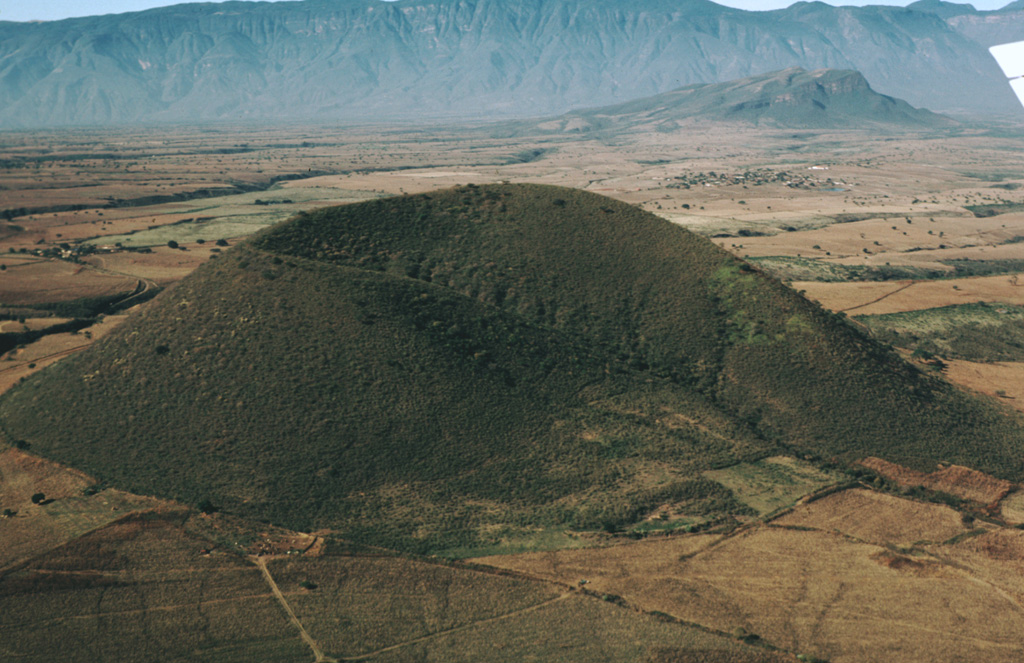 Eleven alkaline and calc-alkaline cinder cones have been erupted on the floor of the southern Colima graben near the flanks of Colima volcano since the late Pleistocene. Cerro la Erita, a 190-m-high cone with a prominent breached crater, is seen here from the NE. Cerro el Petacál (upper right) is a fault block of older conglomeritic rocks that rises above the graben floor. Sierra Manantlán forms the 1700-m-high western graben wall on the SW block of the rift zone.