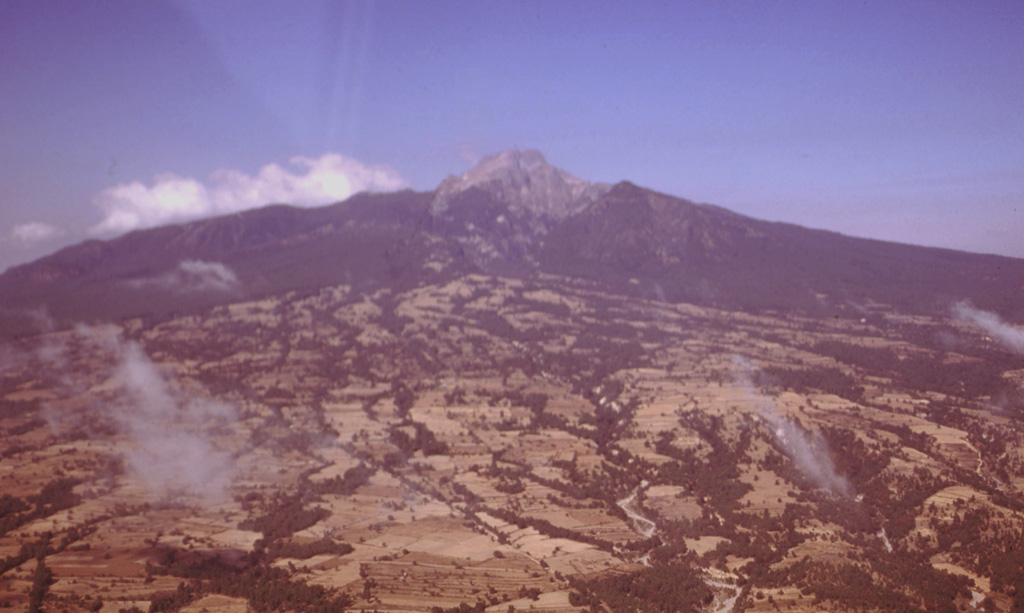 Broad alluvial fans composed of fluvial, glacial, and volcaniclastic sediments surround La Malinche volcano. The circular volcano is dissected by radial drainages on all sides. During attempts to reconstruct the Quaternary glacial history of Mexican volcanoes a yellowish-red pumice layer that extends around Malinche volcano was dated to between about 12,100 and 7,650 years old.